Robert Durst: Who is the eccentric millionaire charged with murder? 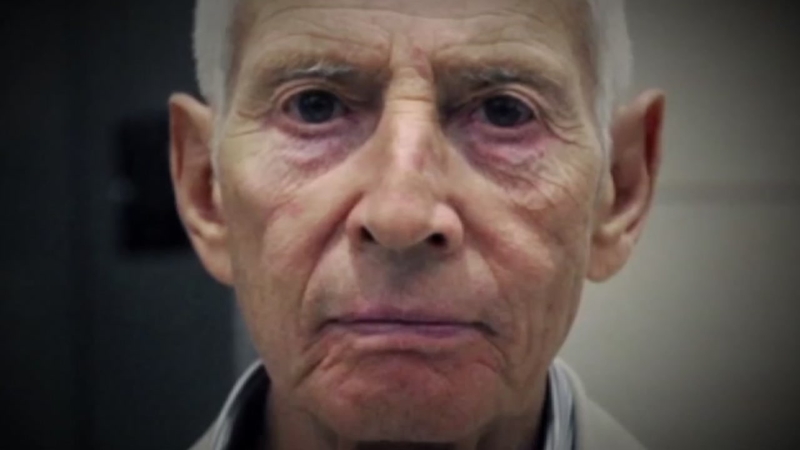 HOUSTON, Texas (KTRK) -- Former real estate tycoon Robert Durst, who was once acquitted of murder in Galveston, is heading back to trial for a separate murder in Los Angeles.

Four years ago, Durst was charged in connection with the murder of Susan Berman.

"I did not kill Susan Berman," Durst, wearing a neck brace and sitting in a wheelchair, told the court in 2016.

Berman was found dead in her home on Christmas Eve 2000. A Los Angeles judge determined last October there is enough evidence to move forward, almost two years after Durst entered a not guilty plea for the crime.

Berman's case was the subject of a 2015 HBO documentary called "The Jinx," which triggered his arrest in New Orleans. The biggest moment from the documentary came when Durst uttered, "What the hell did I do? Killed them all, of course," which was captured on a hot mic.

Durst's criminal defense attorney, Dick DeGuerin, told ABC13 from L.A. that Durst had agreed to participate to get his story out. Instead, he may have incriminated himself.

Following Durst's arrest, police searched his condo in the 2500 block of Robinhood in Houston, but did not comment on why.

Durst was already serving a seven-year prison term for a weapons charge out of Louisiana when he was moved to L.A. to face the Berman murder charge. Prosecutors believe he murdered Berman because she was about to be questioned about the 1982 disappearance of his first wife, who has never been found.

Along with being linked to Berman's murder and his wife's disappearance, Durst's past has been marked by a number of other dark events.

The New York native is a real estate heir, who attended UCLA in the 1960s. The university is also where he met Berman, the daughter of a gangster.

He married dental hygienist Kathleen McCormack in 1973. She would disappear more than a decade later after Durst told investigators that he dropped her at the train station following an argument they'd had. He did not report her missing until five days later.

Durst had been estranged from his family, being passed over as successor to his family's business in 1994.

By 2000, investigators reopened the case into his wife's disappearance, in which a body was never found.

They'd planned to speak to Berman about the case, but days before their meeting, she was found dead.

In 2001, Durst was charged in the murder of his neighbor Morris Black in Galveston, Texas. Prosecutors alleged that he had moved to Galveston to avoid questioning about his wife's disappearance.

Prosecutors would also go on to say that Durst lived his life as a woman named Dorothy Ciner. But he didn't quite fit in.

"His wigs were horrible. His face, oh honey, he needed help. He needed to shave his eyebrows and paint some lips in. It was like blue eye shadow and some red lipstick and that was it and called it a day," said Claire Schuler, also known as CiCi Ryder.

Durst claimed self-defense in his neighbor's killing and was found guilty of tampering with evidence, but not murder.

Trouble would continue to follow Durst, who in 2014 was arrested for exposing himself and urinating on a candy display at a CVS Pharmacy on Kirby in Houston.

He pleaded no contest to a criminal mischief charge and was ordered to pay restitution to CVS.

A year later, Durst would be linked to the 1971 disappearance of college student Lynne Shulze. He reportedly operated a health food store in Middlebury, Vermont at the same time Schulze, 18, went missing.

Former friend Peter Schwartz testified in 2017 that Durst has a history of being violent. Schwartz spoke about an incident in 1981, where he said Durst attacked him while he was talking to Durst's wife.

Durst's trial for Berman's murder was originally scheduled for September, but was pushed back until January.