HOUSTON -- Police on Tuesday searched the Rice Village condo of millionaire Robert Durst after his arrest over the weekend in New Orleans.

Durst's attorney Chip Lewis did not say why police are at Durst's condo in the 2500 block of Robinhood, but we know officers arrived there around noon Tuesday. About 8:30pm the officers, including one wearing a Los Angeles Police Department badge, carried two white cardboard document boxes to six vehicles and left. The officers declined to comment, except for one who confirmed they were done. 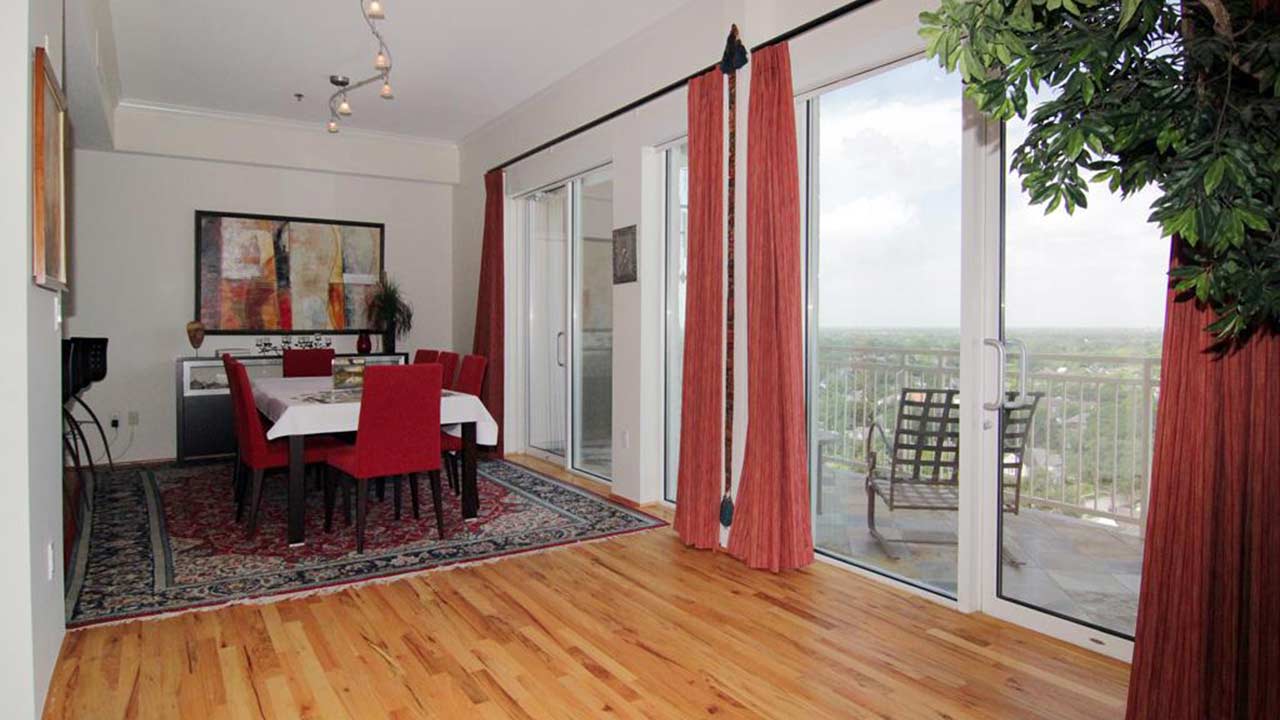 Durst is charged in Los Angeles with first-degree murder in the 2000 shooting of Susan Berman, the daughter of a prominent Las Vegas mobster. He could face the death penalty under special circumstances that allege he ambushed her and murdered a witness to a crime.

Neither Dunlap nor McShan would elaborate on what was happening inside the building and referred questions to Los Angeles police.

LAPD spokesman Sgt. Barry Montgomery said the department is not commenting until Durst is in its custody. Durst is being held in Louisiana, where he faces drug and weapons charges, and it's not clear how soon he will be returned to California.

"This is an investigation that's being handled by multi-jurisdictions," Montgomery said. "At this juncture the only thing the LAPD is doing is waiting for the extradition. We are just waiting on him to make it into our custody."

Dick DeGuerin, Durst's longtime Houston defense attorney, said he was baffled by what investigators could be looking for in the building.

"I think it's a publicity stunt. I'm not surprised by it, but I would really be surprised if they found anything of any evidentiary value," he said.

A neighbor tells Eyewitness News that there's not much in Durst's condo. She says Durst left with two suitcases last week and his assistant came a couple days later and took most of the rest of his stuff out. She says he was a good neighbor and described him as a nice guy who kept to himself.

Durst was arrested in New Orleans over the weekend, and on Monday waived extradition to Los Angeles. He also faces drug and weapons charges in Louisiana after authorities found more than a quarter-pound of marijuana and a revolver in Durst's hotel room when he was arrested, a prosecutor said. It's not clear how soon he'll be sent to California. Magistrate Harry Cantrell has scheduled another hearing for next Monday in New Orleans.

Durst has long been suspected in the 1982 disappearance of his wife, Kathleen, but never charged. Berman was killed at her home near Beverly Hills shortly before New York investigators planned to question her about Kathleen's disappearance.

In 2003, he was acquitted of murder in a dismemberment death in Galveston.

In and HBO serial documentary about Durst that concluded Sunday night, he was heard mumbling about how he "killed them all." But a law enforcement official says his arrest on the murder charge was based not on that, but on words he wrote.

Analysis linked a letter Durst wrote to his friend Susan Berman a year before her killing with one that pointed police to her body, and that was the key new evidence in the long-dormant investigation into the 2000 killing, the official not authorized to speak publicly told The Associated Press on the condition of anonymity because the investigation was ongoing.

He waived extradition in New Orleans, but authorities there charged him late Monday with being a felon in possession of a gun and with having marijuana. Assistant District Mark Burton said they found more than a quarter-pound of pot and a revolver in his hotel room when he was arrested.

It was not clear how soon he would be returned to California.

Attorney Dick DeGuerin said he wants a hearing in Louisiana as soon as possible to contest the arrest.

The judge in New Orleans, Magistrate Harry Cantrell, scheduled another hearing for next Monday.

Confronted with new evidence by the makers of a documentary about his links to three killings, the troubled millionaire blinked, burped oddly, pulled his ear and briefly put his head in his hands before denying he was the killer.

Then he stepped away from the tense interview and went to the bathroom, still wearing the live microphone that recorded what he said next.

In the documentary "The Jinx: The Life and Deaths of Robert Durst" that aired its finale Sunday on HBO, Durst is confronted with new evidence. Durst blinked, burped oddly, pulled his ear and briefly put his head in his hands before denying he was the killer.

Then he stepped away from the interview and went to the bathroom, still wearing the live microphone that recorded what he said next.