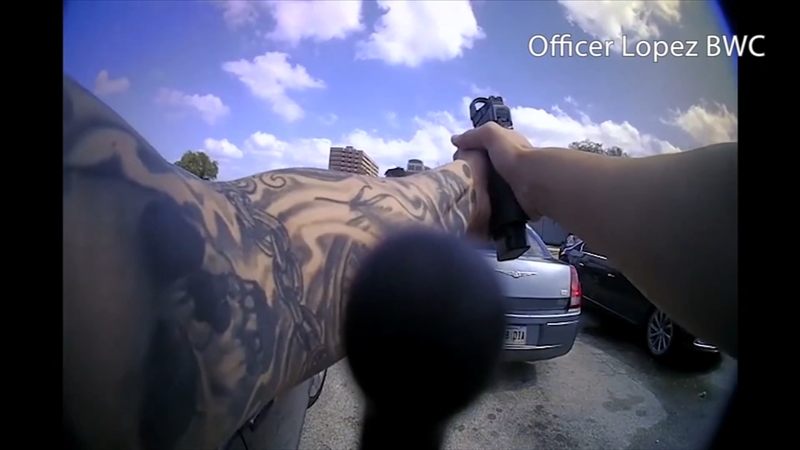 HOUSTON, Texas (KTRK) -- Bodycam footage was released nearly a month after an HPD officer fired a weapon while serving a felony warrant in the north Houston area.

On Feb. 21, officer A. Lopez and a team developed a suspect as part of their investigation on the rise in so-called 'Glock switches.'

HPD Assistant Chief Thomas Hardin told ABC13 that police had learned the 19-year-old suspect was at the Greenspoint Mall in the 12300 block of the North Freeway.

Hardin said Raymont Pierre was walking out of the mall, and as he went to get into his vehicle, officers closed in and ordered him to show his hands. Police say Pierre opened the door, bent down, and made furtive movements when Lopez fired one round, striking the vehicle.

No one was injured in this incident.

Video shows officers giving the commands, "Face away from us. Don't try to run."

Pierre was wanted on an open felony warrant for criminal mischief out of Beaumont and is charged with possession of a prohibited weapon.