Man wanted by US Marshals seen kicking vehicle panel, wiggle out, and fall from moving vehicle

A $5,000 reward is being offered to catch Pedro Castillo-Hernandez, who escaped near Gulf Freeway and Dixie Farm Road.

With Pedro Castillo-Hernandez still on the run, U.S. Marshals' video is showing how he escaped their custody near Ellington Field in Houston.

HOUSTON, Texas (KTRK) -- While a man who escaped the clutches of the U.S. Marshals Service remains at large, video released by law enforcement is showing the daring moment when he managed to wiggle out of his transport and then dive out of a moving vehicle.

A $5,000 reward is being offered for information leading to the capture of Pedro Castillo-Hernandez, who escaped in the area of the Gulf Freeway and Dixie Farm Road in southeast Houston on Sept. 28.

In the footage obtained by ABC13 on Friday, a man identified as Castillo-Hernandez is seen toward the back of a bus, with others on board, kicking a panel in the back.

He then kneels down and crawls out of the opening he created. The footage switches to a view from the back of the moving bus, with Castillo-Hernandez jutting out and then diving off. He takes a tumble as the bus moves on not realizing he's gone.

The U.S. Marshals Service initially stated that a couple reported seeing a man in the area trying to remove handcuffs shortly after the time of the escape.

Eyewitness News has also learned details about Castillo-Hernandez's time in custody. Court records show that he is in the U.S. illegally for the second time. Previously, he was convicted for an illegal entry from Mexico and an intent to distribute count, resulting in his deportation in 2018.

This time around, according to records, he was under supervised release in the U.S. and recently charged with sexual assault.

Houston police arrested Castillo-Hernandez who handed him over to the U.S. Marshals Service to ultimately transport him to Del Rio, Texas.

He is described as a Hispanic man, who is 5 feet 8 inches tall. He is said to weigh 150 pounds, has brown hair and brown eyes.

According to the U.S. Marshals, Castillo-Hernandez has a tattoo on his right arm. He was last seen wearing blue jeans and a black T-shirt.

The U.S. Marshals urge anyone who may have seen him to contact authorities and warn against approaching him. 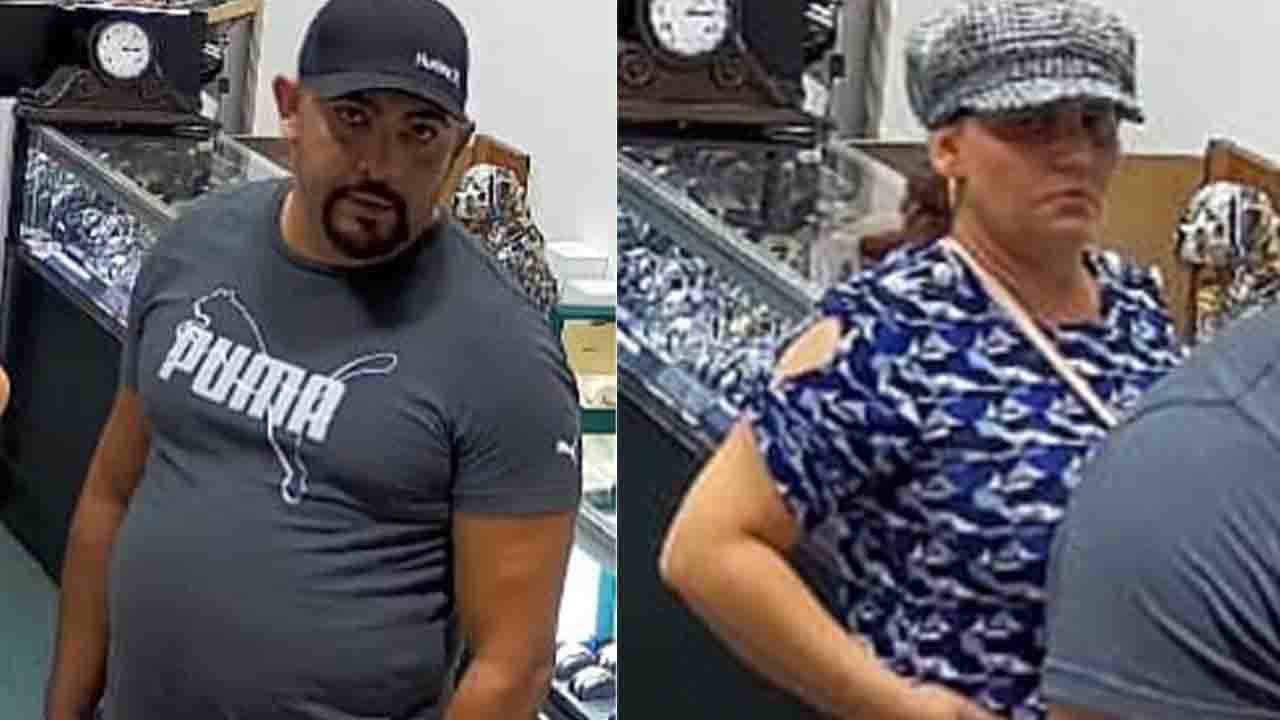 Duo identified after stealing $25K worth of jewelry in Friendswood