Power outages linger for some, days after Hurricane Nicholas 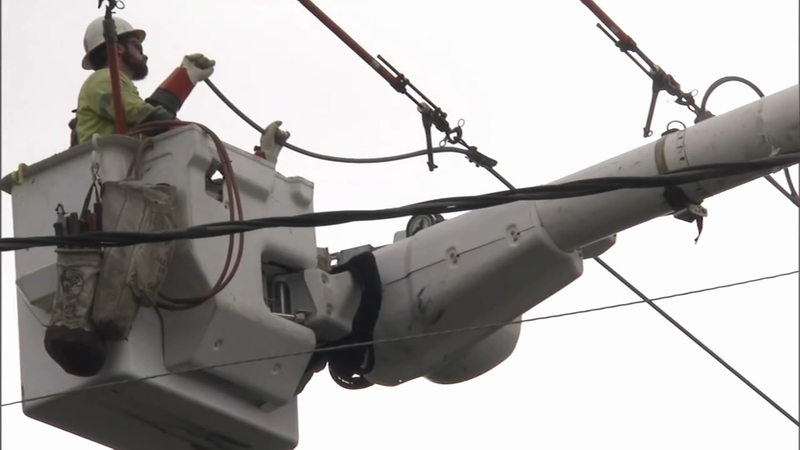 CenterPoint fixed most outages, but many face powerless nights

HOUSTON, Texas (KTRK) -- Power continues to be restored in many homes across southeast Texas after Hurricane Nicholas ravaged parts of the area.

More than 35,000 customers in the CenterPoint Energy service area remained without power as of Thursday morning. The hardest hit areas appeared to be along Galveston Island and Brazoria County.

CenterPoint's progress appeared to slow since Wednesday's report of 42,000 customers in the dark, far from its peak of more than 460,000 who were powerless on Tuesday.

Company representatives said earlier this week that some isolated outages may take until the end of the week to resolve.

#Houston: Crews today drove down the outage count to ~40K (from a peak of 460K). As we sign off social media for the day, our crews, supported by mutual assistance crews, continue to work through the night. Read the latest updates on your area: https://t.co/yWR7rjUBMi #hounews pic.twitter.com/wN6K0OHZks

Another utility provider along the Gulf Coast continued to move toward full power for its service area. Texas-New Mexico Power reported around 8,800 customers were without electricity in the Galveston and Brazoria County areas, as of Thursday morning.

TNMP advised customers earlier this week that complete power restoration is expected to be complete by 6 p.m. Friday.

AEP Texas, a utility that serves portions of Matagorda and Jackson Counties as well as a wide portion of south-central Texas, reported similar widespread issues were lingering by Thursday. More than 250 customers were still without power in the Bay City and Matagorda areas.

A third of CenterPoint's crews were in Louisiana to help restore power in that state after Hurricane Ida, but those workers returned Sunday to rest.

Drivers and flooding are a dangerous mix.