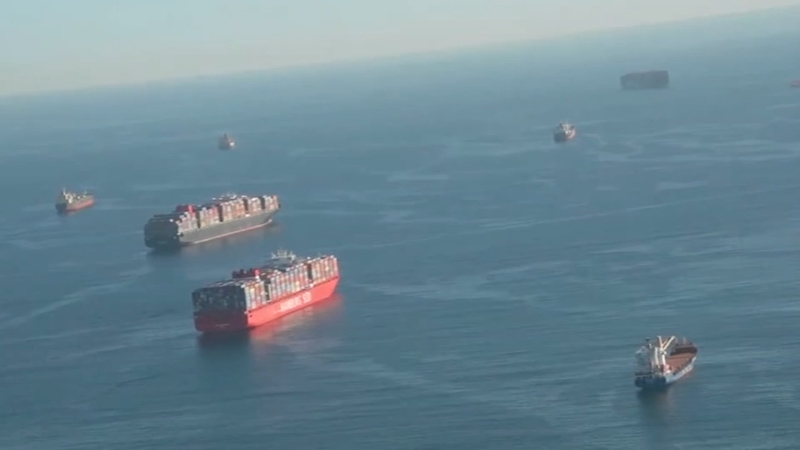 HOUSTON, Texas (KTRK) -- As consumers continue to buy online during the pandemic, cargo ships carrying those items are working hard to keep up with the demand. But it's caused some big backups at the country's biggest ports.

"We've seen a huge demand in E-commerce because of COVID-19," said Margaret Kidd, program director of supply and logistics technology at the University of Houston.

Kidd said dozens of ships are offshore waiting to unload. A record amount of containers are coming in, but many are being shipped back empty, which comes at a high price.

Port Houston, the nation's biggest port, said this increase in imports has been positive for them. Officials there tell ABC13 they're seeing their biggest third quarter, mainly driven by imports. They're also not seeing the big backups like other areas, because of the investments they say they've made over the years.

"There's been a tremendous demand of imported cargo and containers across the nation," says Roger Guenther, Executive Director of Port Houston.

As some ships sit, Port Houston is about to undergo a $1 billion expansion. It's called Project 11 and Guenther says it will start this year and will address the increased demand for the future.