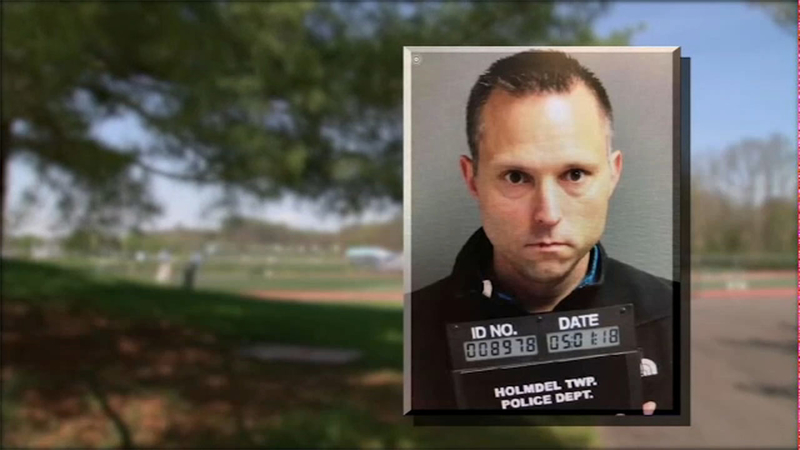 HOLMDEL, Monmouth County -- A former New Jersey school superintendent has admitted that he defecated in a public area while running at another high school's track and field complex.

Authorities had accused Thomas Tramaglini of repeatedly defecating on the track at Holmdel High School. However, at a municipal court hearing Wednesday, he only admitted to defecating under the high school's bleachers on one occasion.

Tramaglini will have to pay a $500 fine and court costs.

His attorney, Matthew Adams, said his client suffers from a medical condition that affects his bowel movements when he runs and that the one incident was an emergency situation.

Adams also disputed police accounts that Tramaglini had defecated at the track on a daily basis.

Tramaglini was the superintendent of the Kenilworth school district before he was charged in April.

He eventually resigned after reaching a separation agreement with the district.
Report a correction or typo
Related topics:
holmdelmonmouth countywaste management
Copyright © 2022 by The Associated Press. All Rights Reserved.
TOP STORIES
51-year-old on the run as suspect in corporal's ambush killing
Sergeant was to walk daughter down aisle until his hit-and-run death
Mom shares story of son's 'scary' battle with COVID complications
H-E-B's Scott McClelland retirement and what's next
Drying out but staying cool this week
LULAC set to sue Houston City Council for lack of Hispanic members
New security director aims to improve safety for Jewish organizations
Show More
IRS changes you should know before submitting taxes
Cause of death revealed for 23-year-old woman found dead after date
Texas among states suing Google over claim it's misleading consumers
Man accused of stabbing K-9 in The Heights now charged
'We knew something big exploded': ABC13 recalls moment of Watson blast
More TOP STORIES News