Houston mayor hopefuls hit the pavement ahead of Election Day 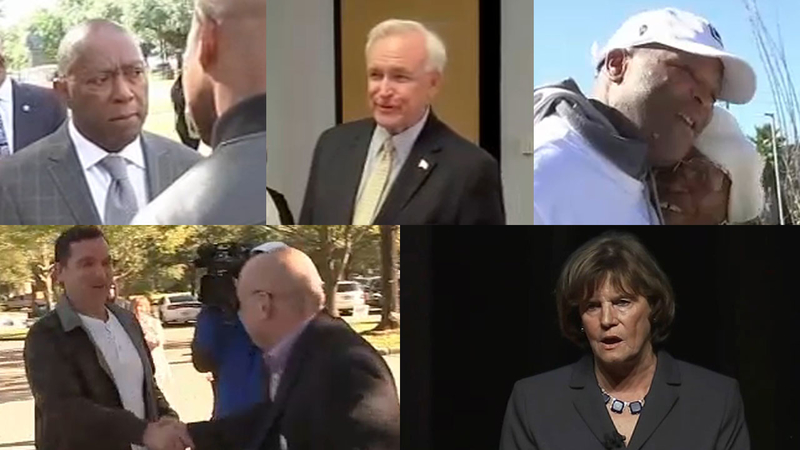 HOUSTON, Texas (KTRK) -- On the Friday before Election Day, the top five candidates for Houston mayor canvassed the city, personally meeting with voters and pitching their vision of the future.

Here's a roundup of where ABC13 caught up with the candidates:

The incumbent made a number of stops to campaign, including on the campus of Texas Southern University, where for the first time ever, students, faculty and staff were able to early vote on campus.

Turner encouraged all Houstonians to take the race seriously.

"The World Series is behind us and now we can direct our attention to the actual election and actual voting," Turner said. "World Series will come and go, but the operation of the city continues. The city never closes. It's 24/7. Who runs this city matters. Elections matter. Your vote is your voice."

The prominent attorney began Friday in the Second Ward, where he passed out tacos, greeted supporters and casted his vote.

The councilman gave hugs, problem solved and chatted at the Young Library in the Old Spanish Trail area.

The businessman who nearly won in the last election had a busy day at his campaign office.

The former councilwoman spoke to ABC13 over the phone. She said she took her 5-year-old granddaughter with her to vote earlier in the day.

She said she's grateful for the experience of running for mayor.

You can dive deeper into the personal lives of the candidates in a special interactive feature below: