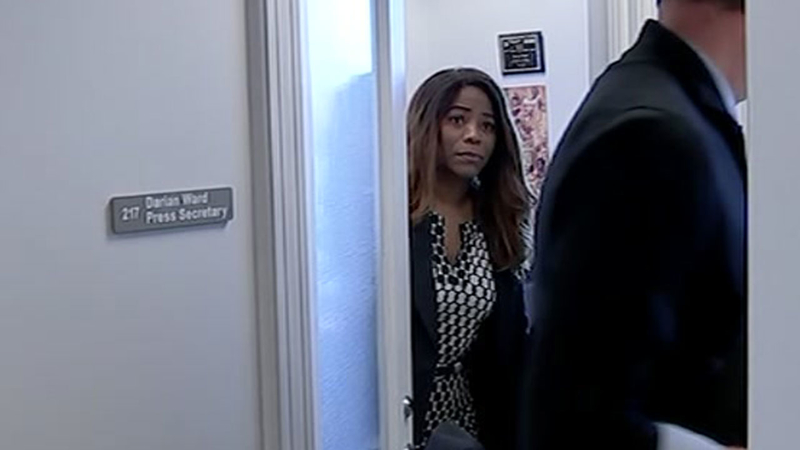 Since then, we've worked to uncover more about the story, including why Ward lied to her boss about the projects and how many people at the city were involved in working on those projects that had nothing to do with the city.

On Wednesday, we went looking for Ward after making multiple attempts to reach her by phone, text, and email in hopes she could shed light on the situation. It is, after all, her job as press secretary, to speak to the press.


Ward was on the job, in her office after serving her two-week suspension in December.

We knocked on her door. She answered, but that was pretty much the end of our interaction.

READ THE EMAILS: On mobile? Tap here to read more. (This is a portion of our records request for emails)


"I'm not talking," Ward said as she closed the door on ABC13's Ted Oberg.

READ THE EMAILS - Part 2: On mobile? Tap here to read more. (This is a portion of our records request for emails)

Aside from the reality shows, Ward sent nearly 200 emails on behalf of a charity she volunteered with from her city account.

As a city spokesperson, she even encouraged the city to hire the charity founder's IT company.

The company has never received any work from the city and its owner says it's never tried to get city contracts.

There are still thousands of pages that have yet to be released. We expect those toward the end of the week.

The Harris County DA is investigating if the actions were criminal.