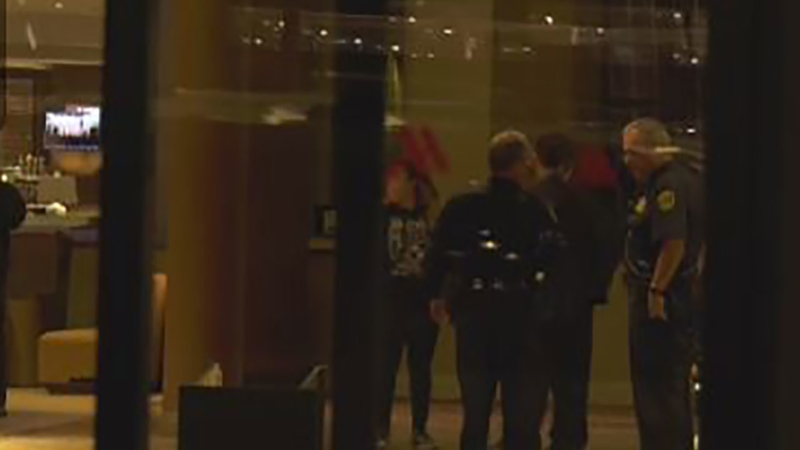 HOUSTON, Texas (KTRK) -- Five hotel heists in six days and police believe the same men are behind them all.

This time, the suspects hit the Marriott hotel near Bush Intercontinental Airport around 1 a.m. Thursday.

Hotel employees say four or five men wearing masks got out of a Dodge Magnum, walked into the lobby and headed straight for the ATM.

The ATM was not bolted down, so the men were able to pick it up and walk back out.

A valet attendant yelled at the suspects to stop but one of the suspects showed he had a machete in his belt.

The suspects put the ATM into the car and took off.

Police believe a second vehicle involved in the robbery was stolen. The Nissan matches the description of a vehicle stolen in a carjacking earlier in the night.

Investigators say there has been an ATM stolen from a hotel lobby every night for the last four nights. It is the fifth ATM hotel robbery in the last six days.

Police believe the same men are behind all five robberies.

Police say the ATM bandits first struck on Dec. 9 at a Doubletree hotel, then hit a Frontier hotel on Dec. 11. The suspects then robbed Marriot hotels on Dec. 12, 13 and 14.