ONLY ON 13: Woman says cashier refused her service due to 'police lives matter' shirt

Woman claims cashier wouldn't check her out because of shirt, Steven Romo reports.

SPRING, TX (KTRK) -- A woman claims her trip to the grocery store ended with a cashier refusing to ring up her order because she was wearing a shirt with the words "police lives matter."

Meredith did not want her last name published. She said the incident happened at a Kroger in Spring last Sunday.

"She made me feel ashamed to have the shirt on and I don't appreciate that," Meredith said.

Meredith said a teenage cashier stepped away from the checkout line after seeing her shirt. She said she then overheard the girl speaking with a coworker.

"She was stating that the shirt I had on was basically a slap in the face to her and she was doing everything she could not to cry," she said.

Meredith, whose husband is a police officer, said the girl never spoke to her directly about the shirt. Another cashier finished ringing her up.

Meredith said she complained to Kroger about the conversation multiple times but hasn't received a response despite promises her concerns would be addressed.

A Kroger representative tells abc13 the matter is being looked into and the review is not yet complete so they cannot comment.

Meredith said she doesn't want the cashier fired but wants everyone to feel free expressing themselves.

"It's important that people in the service industry know that no matter what, if someone walked in with a Black Lives Matter shirt on they needed to still be serviced," she said. 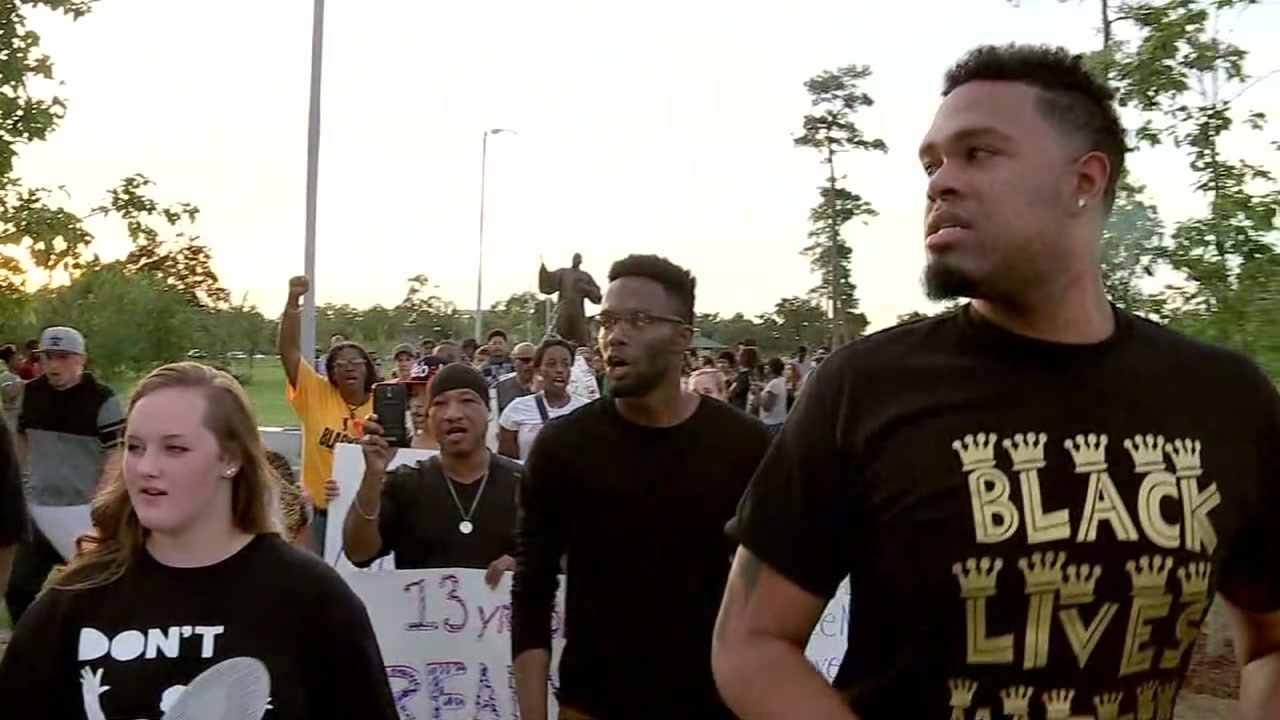