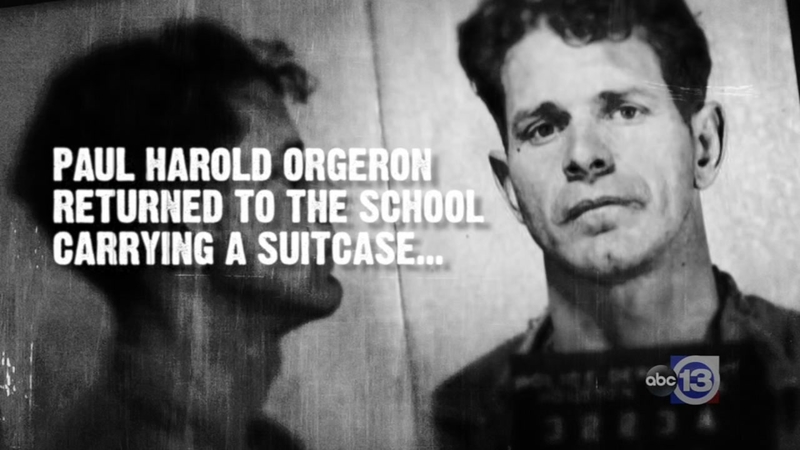 HOUSTON (KTRK) -- It was Sept. 15, 1959, when an ex-convict, 49-year-old Paul Orgeron, showed up on the campus of Edgar Allan Poe Elementary with his 7-year-old son and a suitcase packed with dynamite.

He was angry that he couldn't enroll his son in school because he didn't have the proper paperwork.

Orgeron handed a teacher a note and then triggered the bomb.

KTRK archive film of the bombing at Poe Elementary

When he detonated the homemade bomb, it killed Orgeron and his son, along with two other students, a teacher and a custodian. Eighteen others were hurt, including two students who lost limbs.

One of the victims of the explosion was teacher Jennie Kolter. Kolter's son William was chief resident at Hermann Hospital that day and remembers having to pronounce his mother dead.

Houston ISD later named Kolter Elementary after Jennie. Montgomery Elementary was named after one of the other victims of the blast, custodian James Arlie Montgomery.

From the KTRK film archive: 1959 interview with ex-wife of Poe Elementary School bomber.

The other victims of the explosion were Dusty Paul Orgeron, son of the bomber, and two students, 7-year-old William S. Hawes, Jr., and 8-year-old John Cecil Fitch, Jr.