CNNWire
BROOMFIELD, Colo. -- A United Airlines flight was forced to return to Denver International Airport Saturday after it suffered an engine failure shortly after takeoff, sending aircraft debris raining down on soccer fields, homes and yards in a Denver suburb.

United Flight 328 returned to the airport around 1:30 p.m. after suffering an engine issue, an airport spokesperson told CNN. The flight had been bound for Honolulu.

The Federal Aviation Administration confirmed in a statement that a Boeing 777-200 safely returned to the Denver International Airport after "experiencing a right-engine failure shortly after takeoff."

"The FAA is aware of reports of debris in the vicinity of the airplane's flight path," the statement said. 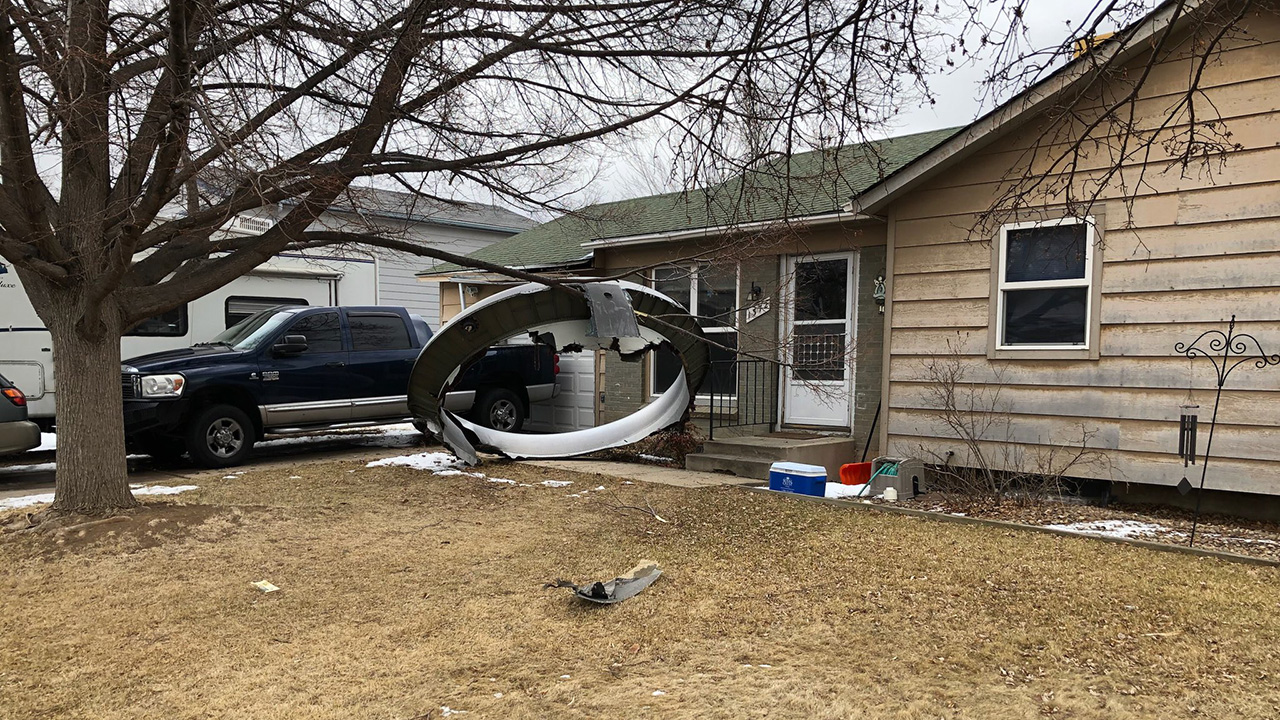 The flight returned about 20 minutes after the police department in Broomfield, Colorado, said via Twitter that it had received reports that an airplane flying over the Denver suburb had engine trouble and had "dropped debris in several neighborhoods around 1:08 p.m."

"No injuries reported at this time," according to the tweet.

Additional tweets from police said debris landed in Commons Park and the Northmoor and Red Leaf neighborhoods of Broomfield. The city is about 25 miles north of Denver and 30 miles west of Denver International Airport.

Images from the scene showed large pieces of debris lying in the front yards of homes and a soccer field at the local park. CNN affiliate KCNC shared photos showing the smashed cabin of a resident's pickup truck. Another CNN affiliate, KMGH, shared photos of a hole in the roof of a local home.

United Airlines told CNN there were 241 people, including 10 crew members, aboard Flight 328. All passengers have safely deplaned and are at a terminal in Denver, where the airline is working to get them on a new flight.

"United Flight 328 experienced an engine failure and safely returned to Denver. We are in contact with the FAA, NTSB and local law enforcement," United Airlines said in a statement. "The NTSB is investigating and has directed that any persons with debris from this event contact their local law enforcement agency."

"Then they just started seeing basically what they thought was a plane falling from the sky. What it was was debris," Welte said, describing the debris as "possibly some exterior pieces of the plane."

Welte, speaking at the local park, stressed how much worse things could have been.

"We could have hundreds of people here and the fact that we're not getting reports of any injuries is absolutely shocking at this point," she said. "It's amazing."

Police are working to contain the secure the large debris field for the National Transportation Safety Board, which will be in charge of the investigation, according to the FAA.

In the meantime, Broomfield police cautioned residents to not touch or move plane debris if they see it in their yard as the NTSB "wants all debris to remain in place for investigation."

Travis Loock, who was on United Flight 328, told CNN he was about 20 minutes into his flight to Honolulu when he heard a boom.

"There was a big boom and the kind of sound you don't want to hear when you're on the airplane," Loock, who was flying with his wife, said via phone. "And I instantly put my shade up, and I was pretty frightened to see that the, the engine on my side was missing."

"We were just glad we weren't over the ocean, because that's where we were heading," he added.

The plane had just reached 10,000 feet when it happened, Loock said, adding that he could sense the fear on the plane, but everyone was "very calm."

"A lot of people couldn't see the engine on that side, right, so I was a little more freaked out because I could see it, and I knew that was not right," he said.

When the plane landed safely, people cheered before exiting.

NTSB will 'figure out what happened'

CNN aviation and transportation analysts described the incident as an uncontained engine failure.

Such an engine failure is more likely to occur at takeoff, she said, because "you have to request so much power from your engines to get them up there."

CNN aviation analyst Miles O'Brien echoed that statement, saying, "Generally speaking, you're stressing the system on departure. That's when the system is doing the most work."

Peter Goelz, a former managing director of the NTSB, told CNN the agency will "absolutely" be able to discover what happened. But he, like police, stressed that bystanders shouldn't touch the debris in their yards.

"There's an old saying that the first piece off the aircraft indicates where the accident occurred," Goelz said. "So they're going to be looking at the beginning of the debris field to see what pieces came off this engine first and what they look like."

"The NTSB will find the wreckage, they will analyze it, and this one, they'll figure out what happened."

'Black smoke in the sky'

Kieran Cain told CNN he was playing with his children at a local elementary school when a plane flew over and they heard a loud boom.

"We saw it go over, we heard the big explosion, we looked up, there was black smoke in the sky," Cain told CNN.

"Debris started raining down, which you know, sort of looked like it was floating down and not very heavy, but actually now looking at it, it's giant metal pieces all over the place," he said.

"I was surprised that the plane sort of continued on uninterrupted, without really altering its trajectory or doing anything," he said. "It just kind of kept going the way it was going as if nothing happened."

Cain said he and his children took shelter under an overhang as the debris came down. 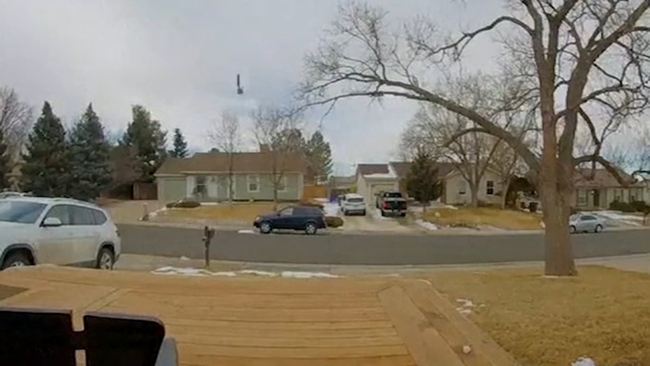 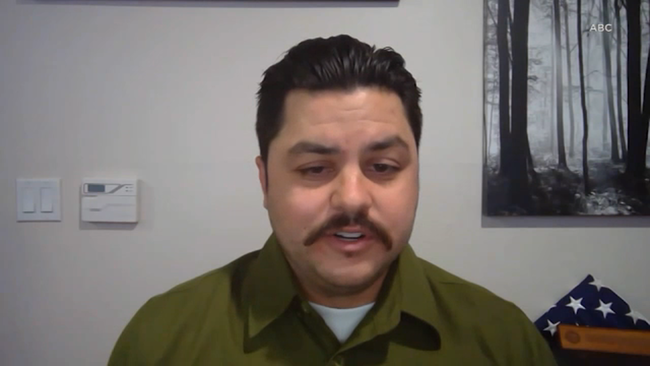