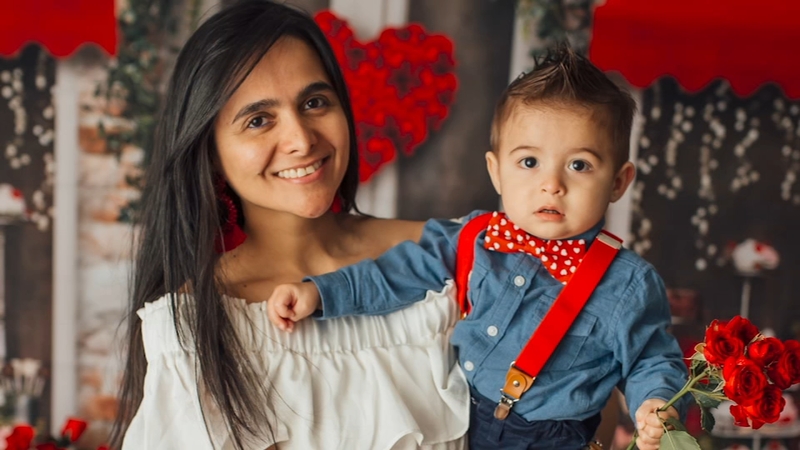 HOUSTON, Texas (KTRK) -- It was supposed to be a beautiful time in her life. Margarita Saavedra and her husband were expanding their family with a new baby.

Then, at 18 weeks, 35-year-old Margarita was told her unborn baby had a deadly brain disorder, and that she had developed a high-risk pregnancy complication called placenta accreta.

While the diagnosis would normally result in a hysterectomy, thanks to the incredible efforts by doctors at UT Physicians and UTHealth, mothers like Margarita now have hope.

She was told her baby wouldn't survive and the placenta accreta, a condition where the placenta attaches too far in the uterine lining, could potentially cause severe bleeding that could kill her.

"My baby died in my arms. He was with me for about five hours," Margarita recalled.

RELATED: Family that went viral welcomes baby who was carried and delivered by her grandmother
EMBED More News Videos

Breanna Lockwood and her pregnancy journey blew up on social media after she announced that her 51-year-old mom, Julie Loving, would be the surrogate carrying her child.

Once rare, placenta accreta cases have become more common in the United States.

"A common reason accreta happens is if a woman had a prior pregnancy delivered by C-section that creates a scar in the uterus, and the next pregnancy gets implanted into the scar," Dr. Ramesha Papanna, MD, MPH, maternal-fetal medicine specialist with UT Physicians and UTHealth said.

For doctors, the typical treatment is a hysterectomy.

"When I was in the doctor's office and they were confirming the condition, and when they told me about the hysterectomy, I fainted," Margarita recalled. "It was in a matter of hours to go from, you know, point A, and then you are going to point B, which is never to have babies again."

MIRACLE BABY: Hear from Esbeidy about her battle with coronavirus while she was pregnant, and how she's lucky she and her baby girl are alive.

Her team of doctors at the McGovern Medical School at UTHealth in Houston chose conservative management, meaning they monitored and managed Margarita's placenta, but avoided a hysterectomy.

She was the first woman in Texas to get this option, resulting in what she calls her miracle.

"I ended up having another baby. His name is Frederico. He is our miracle rainbow baby," Margarita said.

Dr. Papanna says the method of conservative management is different for everyone. He hopes more women who are eligible are given this option.

WATCH: "I just had to turn it over to God, and I guess he wouldn't give me quadruplets if he didn't want me to be around for them," the mother said after recovering from her brain surgery.