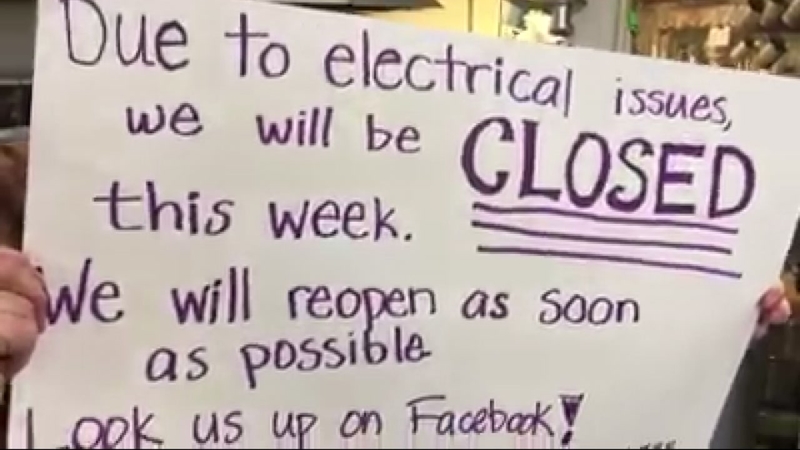 HOUSTON (KTRK) -- Some things can be counted on, and for 49 years Flying Saucer Pie Company has been among them. This Christmas will be different.

"We called in our repairman and electrician. They told us the parts inside the mixer were melted," she said.

For a few long days and nights, the staff tried to make the dough by hand, but that was an impossible task. No immediate replacement mixers, whether borrowed or bought could be found.

"Tuesday, we started notifying customers that we would close after we sold our last remaining pies," she said.

A new Hobart mixer is on order. It's expected to be shipped from Ohio within two weeks. "We're aiming to reopen December 27, which should allow us to start selling pies for New Year's," Imhof said.

Unlike the lines that extend for blocks on Thanksgiving Eve, a few customers stopped by for pies today. Many were unaware of the pending pie crisis.

Chris Lowry was not one of them. He came in with a request for 22 pies for business clients. "I was in shock when I heard about it," he said, "and then panic set in. That's when I called in my order."

Suddenly, the staff is realizing they'll have the holiday off, and it has advantages. "I can actually spend it with my family," said Imhof. But her thoughts will still be on the store.

Outside, a sign that reads, "Grinch stole our Christmas," summed up the story.

Customer reactions to the announcement on social media:

"We'll be impatiently waiting for your return! Reasons like that is why you are Houston's favorite! It's all fresh and awesome," Kelly Y. wrote.

"Take care of whatever needs taken care of and we look forward to your return," Jeanette B. wrote.