Peggy Dodd, whom her family acknowledged as a "free spirit" who frequently hitchhiked, was last seen alive in December 1984.
KTRK
By Courtney Fischer 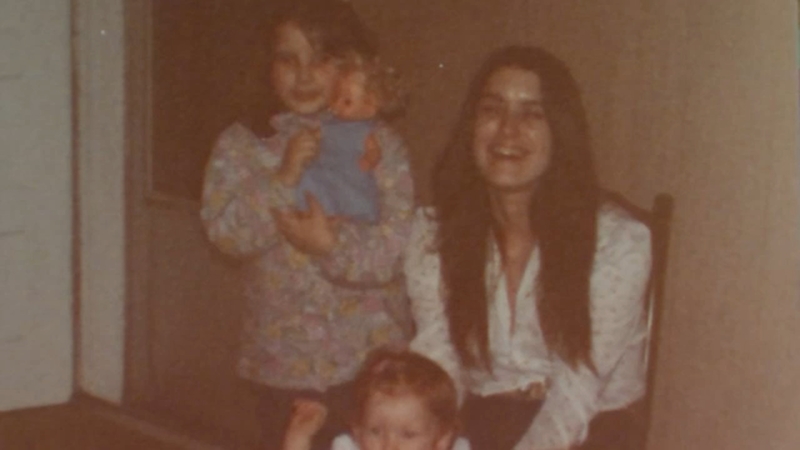 RICHMOND, Texas (KTRK) -- The last time anyone saw Peggy Dodd was December 1984. Peggy was a 29-year-old mother, separated from her husband, who was living in the Houston area.

Peggy's sister, Blake Kennedy, says Peggy would often leave town for months at a time, hitchhiking across the country. But Peggy always came home for her birthday and Christmas, until one day, she didn't.

"Everybody was getting really worried and concerned. I remember that," Blake said. "Mother reported it to Houston police and gave them a picture of her."

For 38 years, Peggy's brother and two sisters wondered what happened to her. They had no idea that weeks after she seemingly vanished, a ranch hand found Peggy's remains under a tree in a field north of FM 762, about a mile east of Highway 59 in Fort Bend County, less than 18 miles from where Blake lives in Brazoria County.

At the time, Peggy's cause of death was undetermined.

"I was always waiting for her to come back. I didn't know she was dead," Blake said.

In April, Blake got a call she never thought she'd get. A Fort Bend County Sheriff's Office detective told her he may have identified her missing sister after working with genealogists from Intermountain and Astrea Forensics.

Det. Scott Minyard took a swab of saliva from Blake's cheek. Weeks later, it was confirmed: the unknown woman found in 1984 was indeed Peggy Anne Dodd.

"She was happy, but she wasn't all there," Blake said.

Questions remain: what happened to Peggy in the final days of her life? How did she die? Why did she end up in that rural Fort Bend County field?

"We'll probably never know what happened," said Jenny Estes, nodding to her mother, Blake. "You just told me recently, you pray to God every day to watch over you sister. We didn't know he had her this whole time."

Jenny never met her aunt Peggy. Blake was pregnant with Jenny when Peggy disappeared. But Jenny grew up hearing stories, ones that keep Peggy's memory alive.

"I love watching cold cases. I just never knew we would be in our own cold case. Like, this is our life," Jenny said.

"People won't have to wait decades to find out what happened to their loved one ever again," said Othram Inc.