Suspect charged in crash that killed husband and wife on Westheimer

HOUSTON, Texas (KTRK) -- A man is arrested in the fatal crash of a husband and wife crossing the street on Westheimer Road on Sunday evening, Houston police said.

Donovan Donte Harris, 27, has been charged with two counts of intoxication manslaughter. 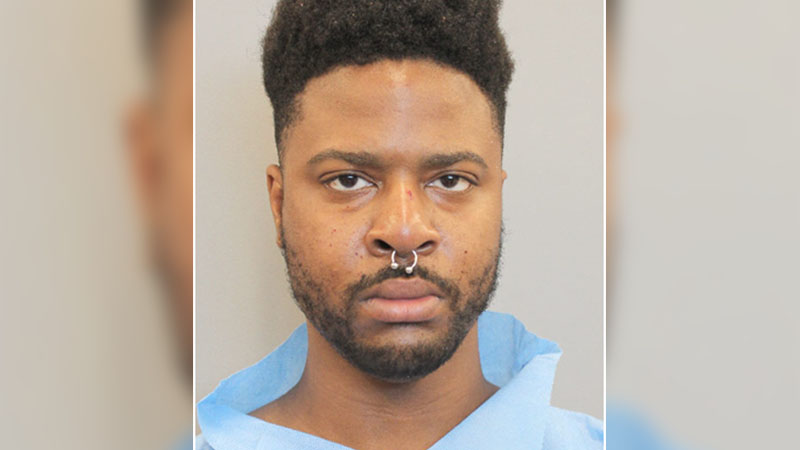 Ann and Sederick Barrett spent Sunday evening eating with friends at Angus Grill Brazilian Steakhouse in west Houston. They left their car parked on the north side of Westheimer Road to briefly visit friends at Kamp Houston across the street.

Harris was speeding in a black BMW, allegedly going 70 miles an hour, which is two times over the speed limit, investigators with the Houston Police Department said.

Witnesses at the scene told police that there was a passenger with Harris who fled the scene on foot.

Dawn Esparza Gonzalez is Ann Barrett's close friend of more than 20 years. She was at the Barrett wedding on Valentines Day in 2021. Tragically on Sunday, she was also at their side. Gonzalez said she was in the median and witnessed the crash.

"It was like a big explosion," said Gonzalez recalling the violent collision last night. "Everything in her purse was thrown everywhere. I couldn't even find my friend at first. Some people asked if I did CPR. There was nothing I could do."

Court records reveal Harris was already out of jail on bond for aggravated assault with a deadly weapon.

"This person (Harris) was driving so fast that any impact with their vehicle was probably going to be lethal," said Sgt. David Rose. "There's no excuse for someone driving that fast on this roadway."

At the scene on Monday, we witnessed Nickolous Best push away dirt as he built a memorial for his mother. He made sure the flowers fit perfectly. The couple leave behind five children and 17 grandchildren.

Ann Barrett was a certified nursing assistant who never met a stranger, said her loved ones.

Kesha Monroe is Ann's sister. She told ABC13 that words cannot describe how magnificent of a grandmother Ann was to her family.

"This is a dangerous stretch of roadway. I know the City of Houston is putting a lot of resources in this area to try and curb people speeding, but it is a pervasive problem," said Sgt. David Rose. "We are expanding what limited resources we have to combat this, but the citizens of Houston have to help us in this. They have to slow down."

On Monday ABC13 saw a person crossing the same street without using a crosswalk. Police urge people to use those crosswalks, especially on such a busy street as Westheimer.

The family has started a GoFundMe to help with funeral expenses.

Police said three things contributed to the deadly crash: speed, signs of intoxication and lack of a crosswalk.