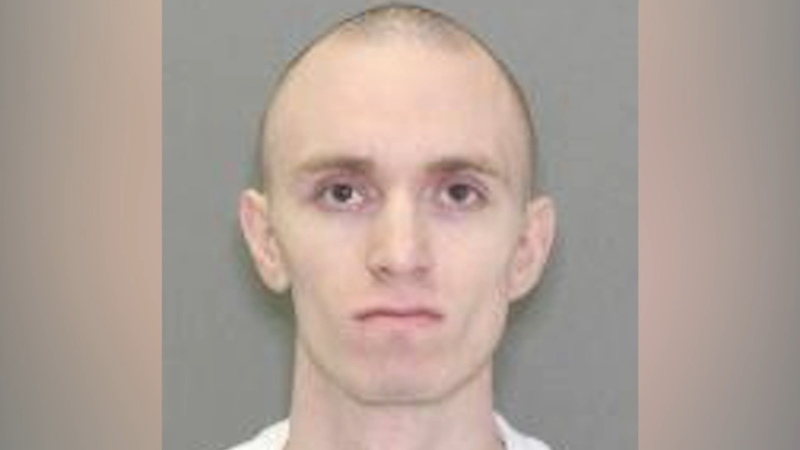 PASADENA, Texas (KTRK) -- The man accused of stealing underwear from three Pasadena women was previously convicted for doing the same thing in Austin.

On Wednesday, ABC13 was the first to report that three Pasadena women are pressing charges against 29-year-old Jacob Davidson, who's accused of breaking into their apartments and taking dozens of pairs of their underwear.

He actually admitted to watching his victims to "learn their patterns" and targeted them specifically for their clothes.

Davidson was arrested by Pasadena police Wednesday afternoon for three counts of burglary. He is accused of breaking into Lacy Guajardo's apartment in the 7800 block of Spencer Highway on Wednesday, June 9, at 5:22 a.m.

Guajardo said she and her mother left to take her brother to work that morning around 5 a.m.

When they returned home, she noticed her front door was damaged and her clothes were scattered on the floor of her room. She said she realized someone had broken in.

"When the cops came, we were going through everything and I was like, 'Nothing is missing,'" Guajardo recalled. "All the technology was all here. TVs, laptops ... that was all here."

She said it was later that day that she realized some of her underwear, clothes and makeup were missing.

Guajardo later learned from police that it was Davidson who broke into her apartment and two others at the same complex.

The second incident happened three days later on Saturday, June 12, at 1 a.m., according to court documents.

The victim in that case said she was at work when Davidson entered her apartment. She told police he stole 10 pairs of her underwear, makeup and brushes and several pieces of her clothes. She also said she did not know Davidson.

He is said to have entered a third victim's apartment using a key she accidentally left outside on Friday, July 9, at 10 p.m. That woman told investigators Davidson stole 15 pairs of her underwear, makeup and brushes, 8 bras, 12 swimsuits and other clothing.

She also told police that Davidson stole her hamper with dirty laundry that included some of her 6-year-old daughter's clothes.

Court documents indicate that the apartment complex captured Davidson and at least one of the burglaries on video.

During an interview with Davidson, the investigator said he presented them with some of the stolen goods. Guajardo recalls going to the police department to identify what was stolen from her and seeing tables full of similar stolen items.

She said she did not want back any of what was taken from her and got emotional speaking about it.

Police issued letters to the apartment complex and the three victims that Davidson had written to them, according to court documents.

In it, he admitted to watching the victims to "learn their patterns and their vehicles and targeted them specifically for their clothing items."

"I never knew where he sat and watched me ... ever," Guajardo said.

She said he admitted in the letters to choosing specific women to follow because he believed he could fit into their clothes.

Davidson also asked the women in the letter not to press charges.

Even though Davidson is charged with three felony counts, two other incidents took place in the same complex. Police said he followed one woman to her apartment and when he accidentally got too close, he hit her over the head, hoping she would not be able to identify him.

In another incident, Davidson scoped out an apartment where Shane Do and his roommate live. When Do left with a date, Davidson assumed the apartment was empty, and that Do's date lived in the unit.

"The guy broke into our house, and I guess he was after underwear? There's no girls who live here," said Do.

"I saw him breaking open the door with a crowbar, and as soon as he busted open, he ran downstairs and went that way," said neighbor Nikki King, who witnessed that attempted break-in.

The charges are very similar to the last time Davidson was in jail. In 2019, he broke into a laundry room at St. Edwards University in Austin. Davidson stole 57 pairs of women's underwear as well as other clothing. He was sentenced to 18 months behind bars for that case.

In addition, a search of court records in Johnson County, which is near Dallas, show Davidson was convicted of enticing a child with intent to commit a felony. In 2010, he was sentenced to four years in prison.

The next year, he was convicted on two counts of burglary of a habitation in Johnson County and sentenced to 10 years of probation.

In 2015, his probation was revoked and he was sentenced to seven years in prison.

In January 2021, court records show Johnson County revoked his probation again and sentenced him to six years in prison but gave him credit for time served.