History of violence between couple accused of abandoning kids: "I think my mommy is dead"

The children are now in the care of their great-grandmother.
KTRK
By Charly Edsitty 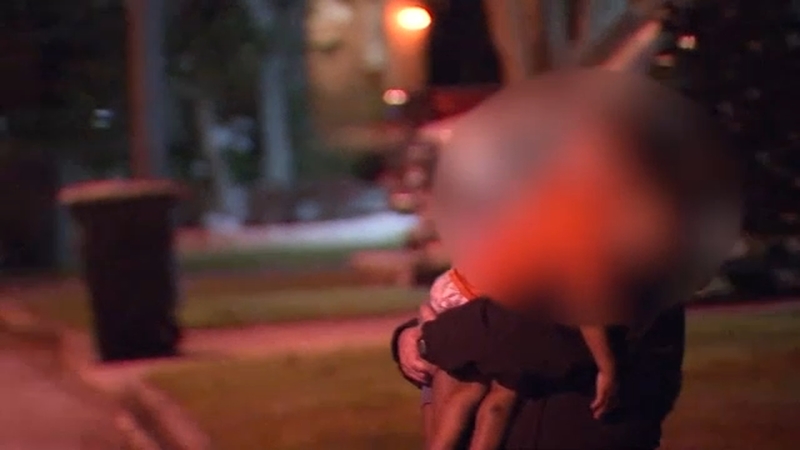 History of violence between couple accused of abandoning kids

SPRING, Texas (KTRK) -- The parents of four children, between the ages of 1 and 4 years old, who may have been alone for up to two days before they were found by a stranger late Thursday night, have been charged, Harris County Sheriff Ed Gonzalez said.

We are learning that Huff and Dorsey have a history of violence. In July 2021, Dorsey was charged with assault of a family member after he was accused of choking Huff on two separate occasions, court records show.

Dorsey is currently out on four different bonds with the condition of staying away from Huff and their children, according to the Harris County District Attorney's office.

On Jan. 1, Dorsey finds himself in trouble again after another physical fight with Huff inside a motel room over a cell number Huff found in Dorsey's phone, records show.

The DA said Dorsey is accused of choking Huff three times, scratching her face, and charged again with assault of a family member and violating bond conditions.

The district attorney's office said they asked for no bond on two of the felony charges, but a judge granted a $40,000 bond a few weeks later.

Dorsey's family called for a welfare check on Dorsey when deputies found him at a motel, officials said. Dorsey fled the scene leading deputies to use a stun gun on him, deputies say.

The DA asked for a $10,000 bond for the misdemeanor charge. Still, a judge granted a $250 Personal Recognizance Bond when a judge allows the defendant to be released without any deposit or collateral.

Update to Cypress Hill scene:mom & dad have been located at a motel located at 9155 Hwy 6. 3 counts of child endangerment have been filed on mom, Angel Huff (7-29-94). Felony Violation of bond conditions against dad, Markel Dorsey (11-29-90). #HouNews https://t.co/mVTCTrt7RM

According to Gonzalez, at about 10:50 p.m., a stranger saw three of the children running around in the street in the 4000 block of Cypress Hill Drive. One of the kids was naked. Others had on diapers that were falling off.

The stranger, identified as John, and his girlfriend then called 911.

John told ABC13 that he and his girlfriend were driving home from buying snacks around 11 p.m. when they pulled onto Cypress Hill Drive.

"We see two kids naked, and it's cold outside at that! And they're just running around the street, and we're like, 'Whoa, whoa, whoa,'" John said.

They then stopped the car to talk to the children in the street, two girls and a 4-year-old boy.

When deputies arrived, the 4-year-old boy also told them, "I think my mommy is dead."

John says that he and his girlfriend walked the kids to the house nearby with an empty stroller out front and knocked. No one answered, but the door was open.

"When we go inside, everything is a mess. There's a chair by the fridge. I'm sure they were trying to get something to eat. There's water all over the floor like it's been a flood. I'm just like, 'Lord have mercy, poor children, man,'" John described.

Authorities said that a 1-year-old boy was found inside a three-bedroom house and appeared to have fallen from his crib.

Gonzalez added that the family has lived in the home for about a year, and during that time, there have been at least a half dozen domestic violence calls.

Investigators talked to the children, kept them warm, and gave them food. All of the kids appeared to be in good health, officials said.

The children are now in the care of their great-grandmother.

CPS is involved and released the following statement.

"Child Protective Services is investigating this case alongside law enforcement to ensure the well-being of the children. We're grateful the children were found unharmed and that they're now safe with other family members."

The children are between the ages of 1 and 4 years old, with the eldest child telling deputies, "I think my mommy is dead." Here's coverage from ABC13's Courtney Fischer and Jonathan Bruce.