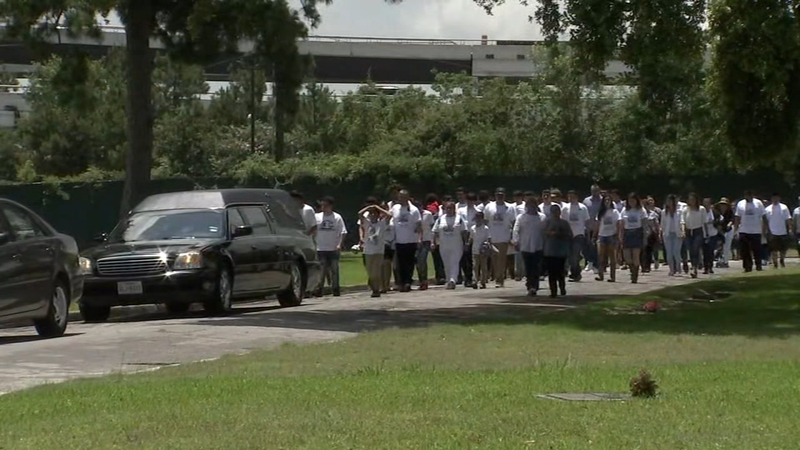 HOUSTON, Texas (KTRK) -- A grand jury will soon decide whether a father will be charged for shooting and killing a teen who police said was shooting the man's home with paintball guns.

Solis was shot and killed in an east Houston neighborhood. Officers say Solis was in a group of 15, who wanted to fight a teen.

After hitting the home with paintballs, the boy's father opened fire. A week later, Solis' family doesn't know why it happened.

"I don't know," Solis' cousin, Maritzel Figueroa said. "There's an investigation going on. We're going to get all the details later."

The Harris County District Attorney's office says a grand jury will hear evidence and decide if the father will face charges. Officers are also investigating the teens with the paintball guns.

"Unfortunately, this happened to him," Solis' cousin, Oliveth Figueroa said. "We were not expecting it, but I don't know, things happen for a reason."

It's a reason Solis' family is struggling to accept.

On Tuesday, dozens of friends, and family crammed inside Saint Phillip's Catholic Church, and later released balloons at his grave site at San Jacinto Memorial Park and Funeral Home.

The oldest of six kids they say was full of life, and had plenty still to live.

"He always make a prank on us," Oliveth Figueroa recalled. "He always did funny things to us."

Instead of laughs, his loss is creating tears as they wait for a decision on whether anyone will face charges.

"We are praying and hoping that this is going to make our family stronger," Oliveth Figueroa said. "We want justice for Bryan."

The district attorney's office isn't sure when the grand jury will hear evidence in this case. Following the shooting, we tried to speak to the father, but he declined to do an interview.