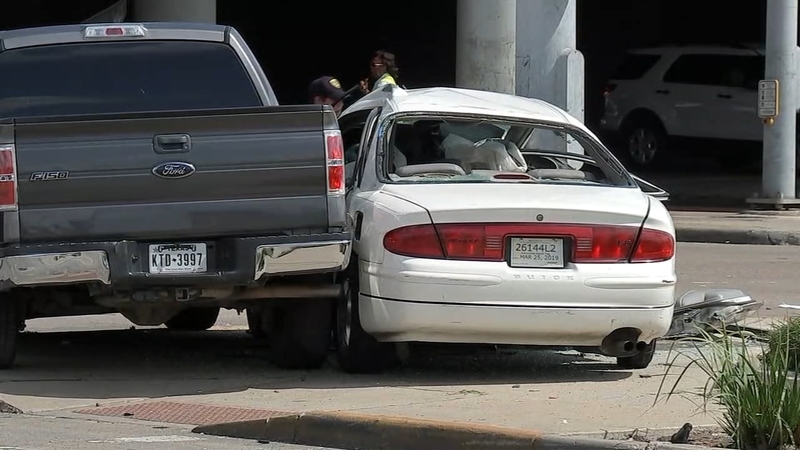 HPD Commander of the Vehicular Crimes Division Kevin Deese said in a press conference that around 9:30 a.m., officers were conducting a seat belt operation at the underpass at U.S. 59 and Bellaire.

Officers spotted an individual not wearing a seat belt, and proceeded to flag him down.

One officer stepped into the lane of traffic to stop the driver. According to authorities the driver stopped briefly, but then accelerated away, striking the officer.

The officer was able to get back into his vehicle and pursue the offender.

Police say when the offender approached the intersection of I-69 and Hillcroft Avenue, he did not stop, and clipped another vehicle.

Soon after, he was struck on the driver's side door by a pickup truck, causing his car to spin and strike a light pole.

The officer who was struck obtained a minor injury to the knee and was transported to a nearby hospital, according to police. The additional drivers who were involved also obtained minor injuries.

The suspect was sent to Ben Taub hospital where authorities say he is currently in critical condition.

Officer Deese described the accident as "pretty horrific," and continued on to say, "Everyone is very fortunate that no other serious injuries were obtained."