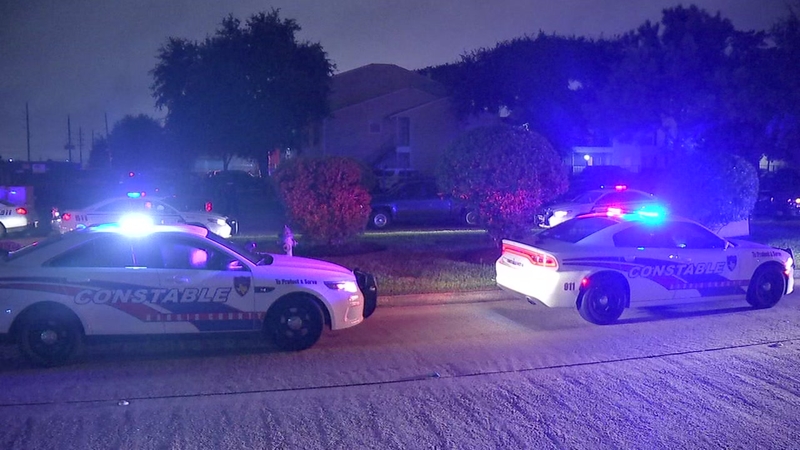 HOUSTON, Texas (KTRK) -- A Department of Public Safety special agent was shot in the hand while exchanging gunfire with a suspect in a north Harris County apartment complex Tuesday night.

Troopers say they were investigating a carjacking that happened earlier in the night when gunshots were fired around 9 p.m. at La Esencia apartments in the 300 block of North Vista, just off the North Freeway.

A special agent went to check out the scene. Minutes later, he was shot in the hand.

DPS trooper shot in the hand at NW Hou apt complex during shootout. Another person also shot. Both okay. Scanners reveal chaotic moments for troopers searching for shooters. Hear everything on #abc13 this morning. https://t.co/1p3JzXiu3G pic.twitter.com/nER2JtnuZx

The first radio calls for help detail some of the chaos.

"Hey, we need this whole place locked down. We've got shots fired at officers," the calls said.

It's not clear if the agent was hit by a bullet or shrapnel. He's OK.

DPS says a second agent fired at the shooter, who shot back at law enforcement.

The gunman and the other people involved in the shooting ran and barricaded themselves inside an apartment.

Radio calls also came in as troopers tried to track them down.

"Did they flee from you all? Do you know which direction they went? We have one in custody now. We are looking for some other guys that shot at us already," officials said in the call.

Investigators say the shooter was wounded. He was taken to the hospital.

Officials have not said how many people were involved, but they were all detained.

An investigation is underway into what led up to the shooting.

At this point, no one has been charged.