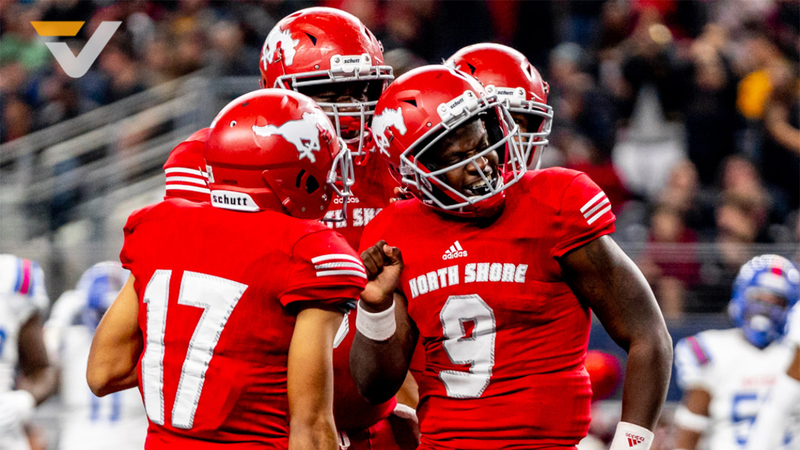 ARLINGTON, Texas -- In 2015, when North Shore won its first state championship under Jon Kay, at that time, the second-year head coach said he was still following the blueprint of his mentor David Aymond.

In 2019, standing in the tunnel of AT&T Stadium with yet another gold medal hanging around his neck, the now-three-time state champion head coach credited his mentor who won 229 games over a 24-year career with one state title - again.

"If you look at it and you've been around a while, you see Coach Aymond's fingerprints all over this program, and I wouldn't have it any other way," Kay said. "He texted me last night. (He's) still a guy that I reach out to when need be and is always willing to help."

Well, the blueprint is working.

Since Kay took over for Aymond in 2014, the North Shore football program has risen to become one of the powers, if not the power, in Houston.

"I think it was our kids buy-in of what we've been doing as a staff for the last five, six years," Kay said about the sustained success. "Just trying to constantly improve and making that the focus."

What North Shore can add to the resume is being back-to-back state champions. That is an accomplishment that hasn't been done since the Katy Tigers did so in 2007 and 2008.

Looking towards 2020, the Mustangs will try and get back to a third-straight title game, just like those Katy teams did.

So, start talking about a three-peat?

"It starts in January," North Shore quarterback Dematrius Davis, who won his second-straight State Title Game Offensive MVP Award, said. "Get better with the underclassmen and people in my grade. As long as we just get prepared, we'll be good for next year."