HOUSTON (KTRK) -- Charges have been filed against a suspect arrested in a fatal traffic accident at 200 Aldine Bender just before 5pm Monday.

Police say Donte Lamara Duplechain, 32, was driving a silver Ford Taurus westbound on Aldine Bender when he ran a red light and struck a white Volkswagen Jetta traveling southbound on Imperial Valley. The impact caused the Jetta to strike a school bus and a black Toyota Camry. The Camry then struck a black Dodge Dakota pickup truck.

Huego Avila, 37, was pronounced dead at the scene. None of the occupants of the other vehicles was seriously injured.

Duplechain was detained at the scene, determined to be intoxicated and subsequently charged with intoxication manslaughter. 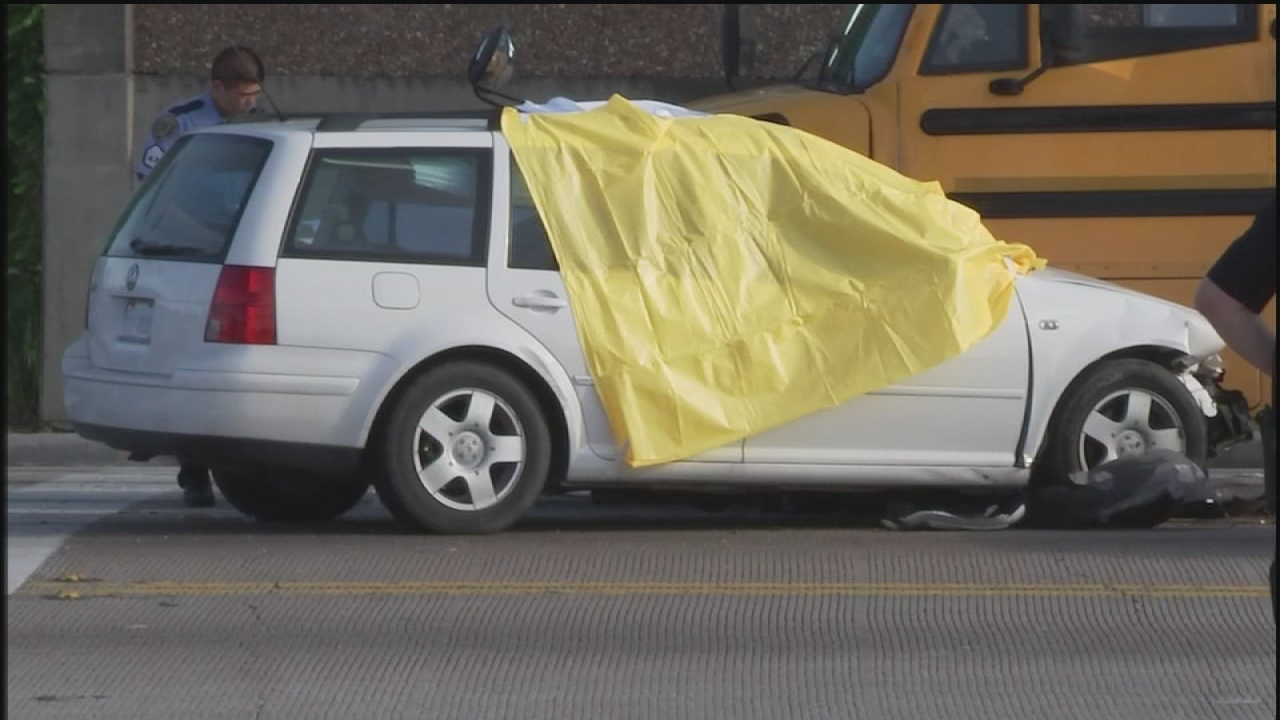