'No foul play' in death of teen found hanging outside school

Authorities say there is no foul play in the death of a teen found hanging outside of a school in Klein ISD.

Deputies responded to Ehrhardt Elementary School Tuesday at 8 p.m. to investigate the incident. 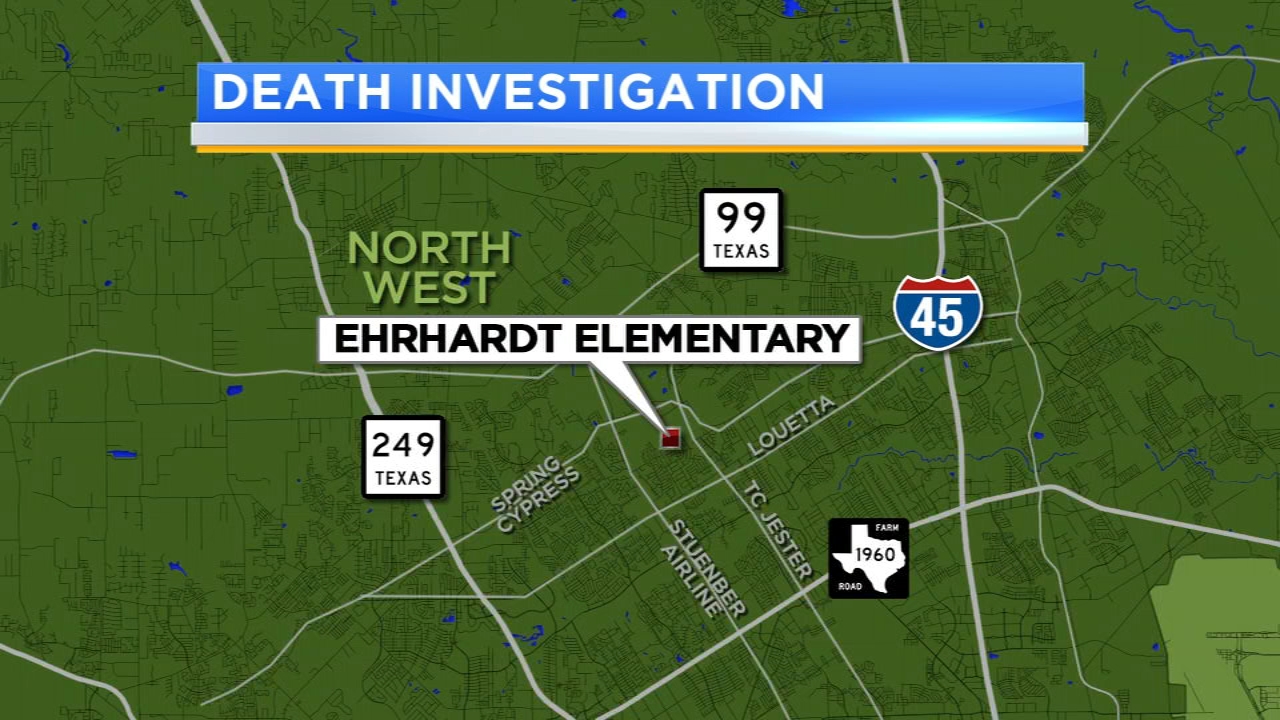 Overnight, the Harris County Sheriff's Office said the teen's death appears to have been a suicide.

"Based on security video, witnesses and other evidence, preliminary indications are the male hanged himself. There are currently no signs of foul play. Cause of death is pending autopsy," the sheriff's office wrote in a tweet.

Deputies were called to the parking area of a school in the 6600 block of Rosebrook, where a teenage black male was found deceased. Based on security video, witnesses and other evidence, preliminary indications are the male hanged himself. #hounews pic.twitter.com/XH78MEnf4u

On Wednesday, the school district issued the following statement: "On Tuesday night, an individual was found in distress on the property of Ehrhardt Elementary School. First responders immediately began attempts to save the individual's life. The individual did not survive. This matter remains under investigation by the Harris County Sheriff's Office.

Klein ISD grieves this tragedy. The district offers the full support of our counseling team to all members of the Klein community. If you are in need of support, please visit kleinisd.net/gethelp."

Sadly, this is the second incident this week after a man was found hanged to death in northwest Harris County.

If you or someone you know is having suicidal thoughts, you can reach out to the National Suicide Prevention Lifeline at 1-800- 273- 8255.
Report a correction or typo
Related topics:
suicideteenklein isdmental healthinvestigationsuicide prevention
Copyright © 2021 KTRK-TV. All Rights Reserved.
More Videos
From CNN Newsource affiliates
TOP STORIES