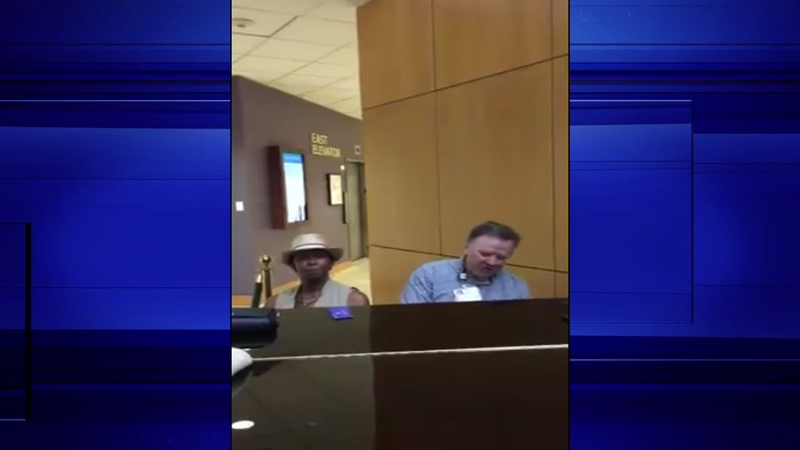 BAYTOWN, TX (KTRK) -- It's a video of two unknown singers that just met, but it has been viewed 3.5 million times in the one week since it was posted. This dynamic duo sounds like they've been singing together for years, even though their video is an unrehearsed performance between strangers.

"The more I listened to her, the more I thought, this woman has got the goods," said Pentecostal Pastor Mark Willhoite. He and his wife, Sherry, were ministering to patients at the Houston Methodist San Jacinto Hospital in Baytown. Mark was playing music and singing, when Vera Swain spontaneously joined him.

"I didn't make it to my destination until an hour later," she said, "It was worth the wait."

Once it was posted to Sherry's Facebook page, the views started to rise.

"We were watching the views and thought this is amazing it just went up and up and up," said Sherry, while Vera had to double check exactly what that meant.

"I have gotten several texts from friends saying, 'Mrs. Vera, you've gone viral on Facebook,'" she said, "I wasn't sure, what does that mean? 'You're viral, that means you're popular!'"

They believe people are hearing more than just beautiful music.