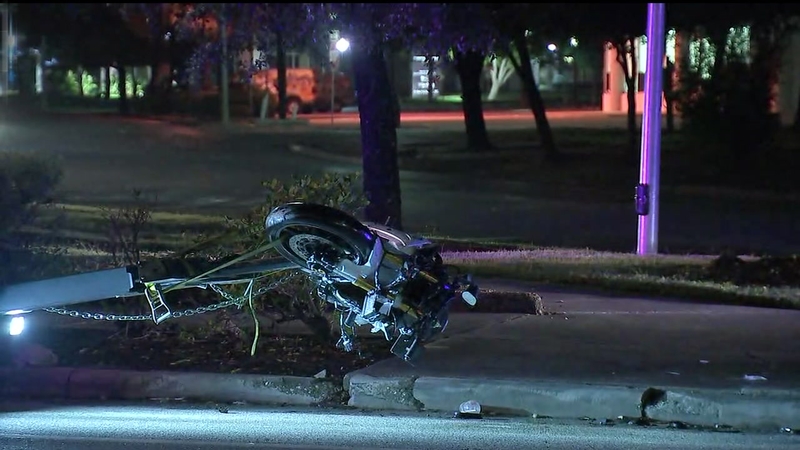 HOUSTON (KTRK) -- An alleged thief wound up in a hospital this morning after he was confronted by a man whose motorcycle was reported as stolen.

Investigators told Eyewitness News the motorcycle owner found his bike stolen a few days ago. But then he found it for sale on Craigslist.

The motorcycle owner set up a meeting for 4 this morning, and when the alleged thief arrived with the bike, he saw the police were waiting for him.

The accused man took off on the motorcycle, going south on Shepherd before crashing at the Y-intersection just south of Richmond.

Police caught up to him and found he had broken both of his legs.

The theft suspect was taken to the hospital, but is expected to survive his injuries.