Driver charged in death of prom-goer appears in court 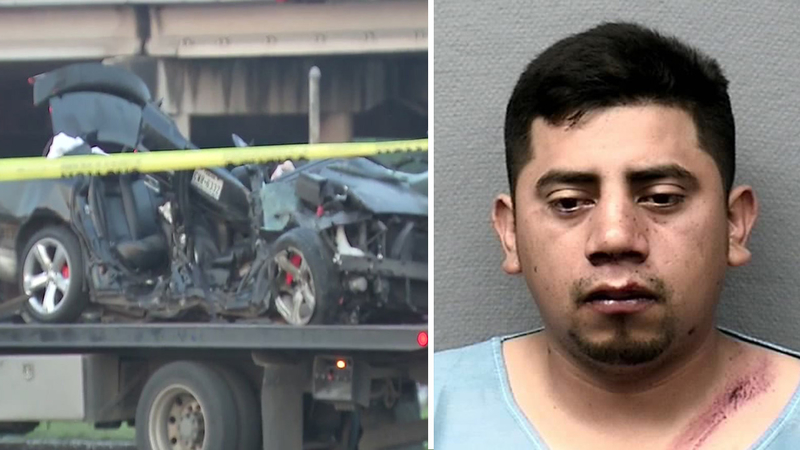 HOUSTON (KTRK) -- A suspected drunk driver accused of killing a teenager on her way home from the prom faced a judge today for the first time.

Edin Palacios, 26, was charged in the death of 18-year-old Jocelynn Valero.


Houston Police say Palacios was running from police when his pickup truck struck the car carrying Valero and her prom date.

Valero died at the scene of the violent crash, while her date was transported the hospital for surgery. He survived the wreck along with Palacios, who only had minor injuries.

Just down the street from the courthouse, Valero's classmates are getting ready for college signing day. She was supposed to be there, too.

"We were best friends, we knew everything about each other. It's kind of hard for us to be here today because we both wanted her to be here," said Valero's classmate, Olivia Carlos.

The victim's sister and cousins described the teen as having a big smile and an even bigger heart.