Owner of Stewart Cadillac gunned down in Montrose area home 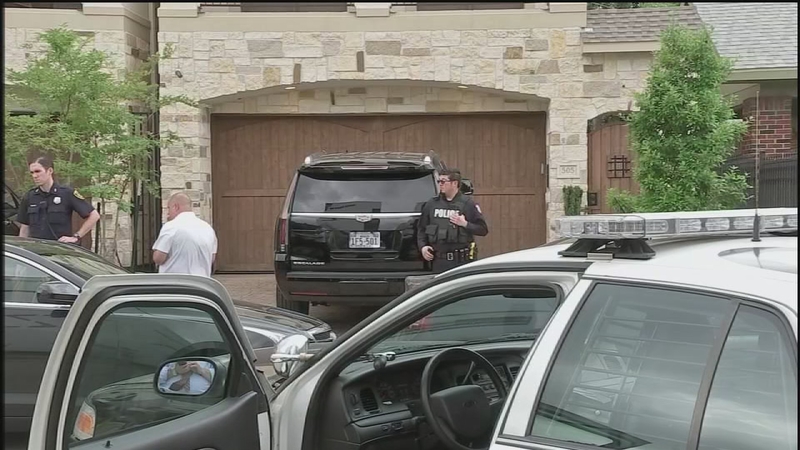 Well-known owner of car dealership killed in his garage

HOUSTON (KTRK) -- The owner of a local Cadillac dealership was found brutally murdered at his home.

Joseph Stewart of Stewart Cadillac was found shot to death inside his garage early Friday morning. Now the hunt is on to find the man seen running from the home.

"Whoever did this is gonna be caught and needs to come forward," said Alice Davis, a friend and former employee, "Because Joe didn't deserve this, not Mr. Stewart."

Davis is among a group of friends who gathered at the edge of crime scene tape which marks off Stewart's home. Police say he was shot to death in his garage as he arrived to his Montrose area townhome from a nearby club late Thursday night.

"I thought I heard gunshots, but you're not sure," said neighbor Jackie Barry.

Barry heard multiple shots. At least one of her neighbors called 911 to say they also saw a man running from the area.

Officers discovered Stewart on the ground in his garage. His Cadillac SUV was still in the driveway. Investigators aren't certain, but don't believe anything is missing or that the attacker made his way in the home.

Friends say Stewart lives there alone, but was a generous man with many friends, all of whom will miss him; not least of all, Alice Davis.

"When my brother died, I didn't have all the money for the funeral," she said. "This man paid for it. He is my friend, so whoever did this, yes, I want them caught. Yes, they need to pay for it."

Stewart Cadillac issued the following statement: "Joseph Stewart was a beloved friend and a caring individual that cherished and supported his community. This tragic incident has already impacted so many, and we are truly thankful and appreciative of all our community's caring support during our time of loss.

Stewart Cadillac will remain open and continue normal operations under the guidance and leadership of the owner and operator, Bill Driskill and the general manager, Kevin Allen. Information on the memorial service for Mr. Stewart is forthcoming. We will provide this information as it becomes available.

Due to the gravity of this tragedy, Stewart Cadillac will not be accepting requests for interviews at this time.