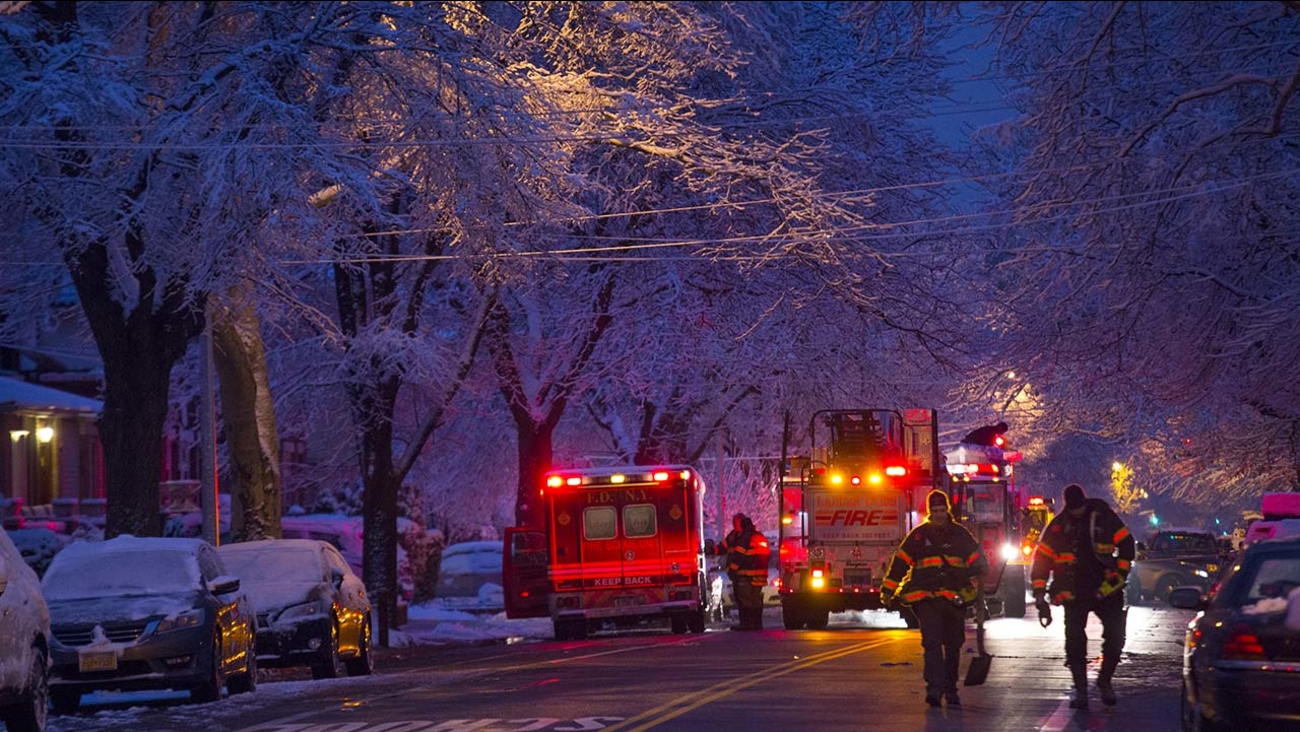 Firefighters walk near the scene of a fire, center left, in which seven children died in the Brooklyn borough of New York Saturday, March 21, 2015. (AP Photo/Craig Ruttle)

The dead are children ranging in age from 5 to 15 years old, and they are believed to be family members, New York Fire Department spokesman Jim Long said.

Firefighters received a call at 12:23 a.m. about the blaze at a private dwelling in Midwood, a leafy section of Brooklyn known for its low crime and large Orthodox Jewish population. Long said more than 100 firefighters responded to the blaze and brought the fire under control.

There was no immediate word on the cause. Long says it is being investigated by the city fire marshal's office.

Fire officials had no other immediate details, but the New York Post reported the blaze occurred in a brick home.

The newspaper said that as firefighters worked to put out the fire, paramedics struggled to help the victims.

Neighbor Nate Weber told the paper that he saw children being wheeled away on stretchers.

Weber said he heard the children's mother yelling for help.

"I heard a woman yelling: 'My kids are in there. Get them out. Get them out!'" he told the Post.
Related topics:
child deathfireu.s. & world
Copyright © 2021 by The Associated Press. All Rights Reserved.
TOP STORIES
Woman shoots boyfriend to death after domestic assault, deputies say
Father of 3 heading home after 6 month battle with COVID in hospital
Simone Biles to return for balance beam finals
Weak cool front brings in scattered storms Monday
Innocent woman and wrong-way driver killed, 2 hurt in I-45 crash
Fauci warns 'things are going to get worse' with COVID
Homeowners in Missouri City vote to replace controversial street name
Show More
Splashtown season pass holders seek refunds to no avail
Woman killed in North Houston hit-and-run crash
24K gold tequila bottle sells for $300
Siblings use AAU Junior Olympics as prep for the real deal
1 shot after argument at club in N. Harris County, HPD said
More TOP STORIES News