14 kids who prove the future is in good hands 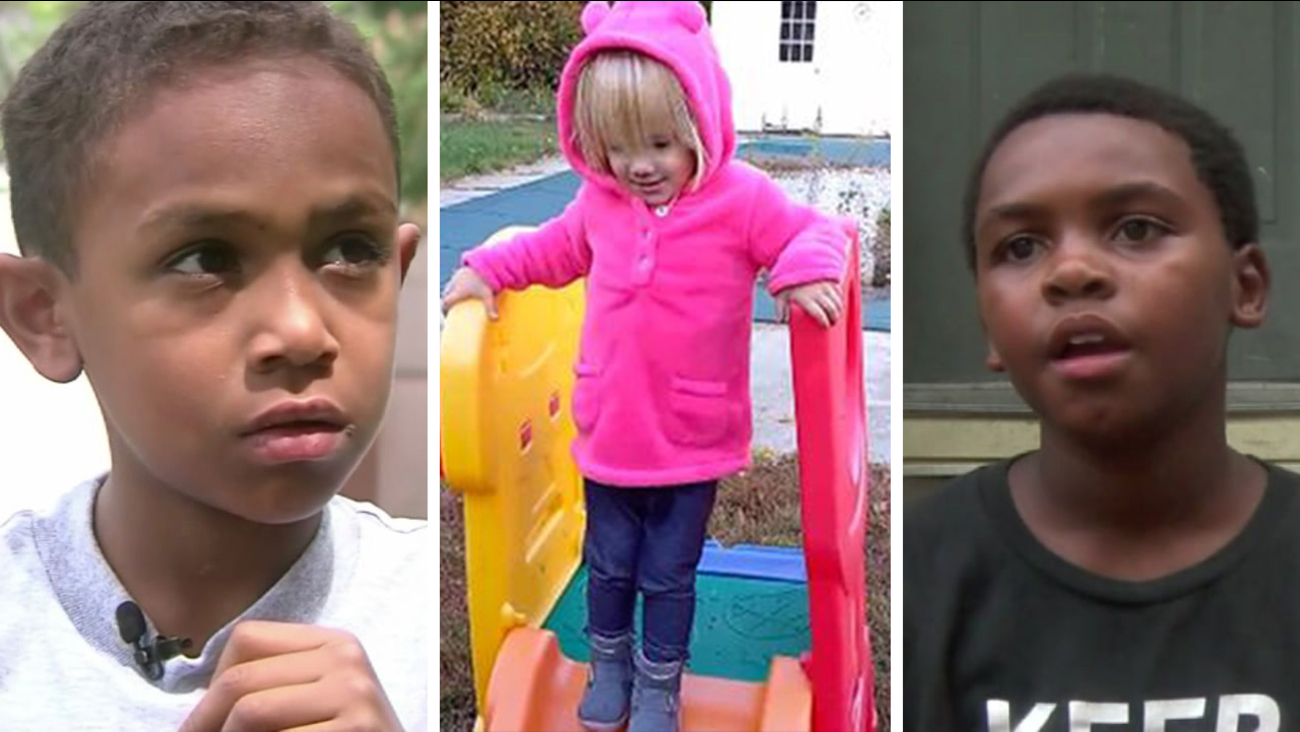 Here's some good news: The world is in great hands and the future is bright.

While you might be persuaded to think otherwise, there are a whole lot of little people out there doing big things to make the world we share a better place. And they are succeeding!

In addition to boosting our hope for humanity, the next generation of leaders are setting a great example we can all take to heart.

They look out for the little guy
EMBED More News Videos

Tyran Bell is not only trying to help his mom out, but other kids as well.

We were pretty amazed by the story of Tyran Bell, who first set out to mow lawns to help take the burden of school supply and clothes shopping off his mom's shoulders. Yet when a local company stepped in to collect donations on his behalf, Bell said he was still going to work and that excess donations should go to help his less fortunate peers.

When 13-year-old Shaylynn Hampton saw a young boy being bullied on the basketball court about his torn up athletic shoes, she felt compelled to do something. Shaylynn, it turns out, is something of a sneakerhead with a huge collection of shoes, including the $200 pair of Lebron James sneakers she brought back to the court for her new friend, Richard.

They feel for others
EMBED More News Videos

A 3-year-old boy in Alaska has made it his mission to help his city's homeless population this Christmas after his mom informed him some people sleep outside.

Patrick McClung might only be 3 years old, but he has the empathy of an adult! He tearfully confessed he wanted to help the homeless and has made it his mission to help collect winter clothing and gear for those in need.

Jalen Bailey makes cookies by the dozens and banana nut by the loaf alongside his best friend - his mom.

Jalen might not have the best of everything but he's making the best with what he has to help move his mom out of their tiny rent home.

The 8-year-old launched a local bakery business, where he makes cookies and banana nut loaves. He's been making some real dough, too! "I said I wanted to be a millionaire," Jalen said. "I thought that wasn't possible, but now I think it is."

Natalie McGriff won $16k with the comic book "The Adventures of Moxie Girl" that she created with her mom, Angie Nixon.

Little Natalie McGriff didn't see many children's literature heroes with natural hair like hers, so she created one with the help of her mom, Angela Nixon. The self-esteem boosting character not only helped the 7-year-old get into reading, but is inspiring the girls who dive into "The Adventures of Moxie Girl."

They look for the silver lining

When little Piper tumbled down her little plastic slide, any parent might have expected the arrival of the waterworks. Instead, this little girl popped up and celebrated with her arms in the air. You go, girl!

Cesar Galeana was walking to his cousin's house when he heard a splash. The 7-year-old is credited with saving a 2-year-old boy who fell into a pool that was thought to be inaccessible to kids in West Valley City, Utah.

Some scary moments on the road led to Christopher Wheeler rising to hero status after his elderly neighbor had a diabetic episode. Officials say the 10-year-old dodged incoming traffic and was able to steer the man's car to safety before police arrived.

Rylan Checchia, a young boy from Lake Elsinore, has a special bond with his neighborhood trash man.

This is pretty adorable: A tiny little boy rises early on Tuesday mornings to make sure he can greet the trash man, who his parents say has a special relationship with their son. Rylan Checchia has even cried when the trash man was off one Tuesday!

Gracie Lynn Wilson, 3, is seen speaking to a familiar-looking man inside an Evansville, Indiana restaurant.

When 3-year-old Gracie Lynn, of Evansville, Indiana, saw the familiar face of St. Nick eating alone at a Bob Evans restaurant, she told her family she couldn't stand to think of him eating alone.

For the humbugs who think this was purely a self-interested girl trying to cash in for more time with Santa, think again: All she asked for was her baby brother, who was due for delivery in a few weeks!

PHOTOS: Teen skips senior prom to attend dance for boy she met in an airport 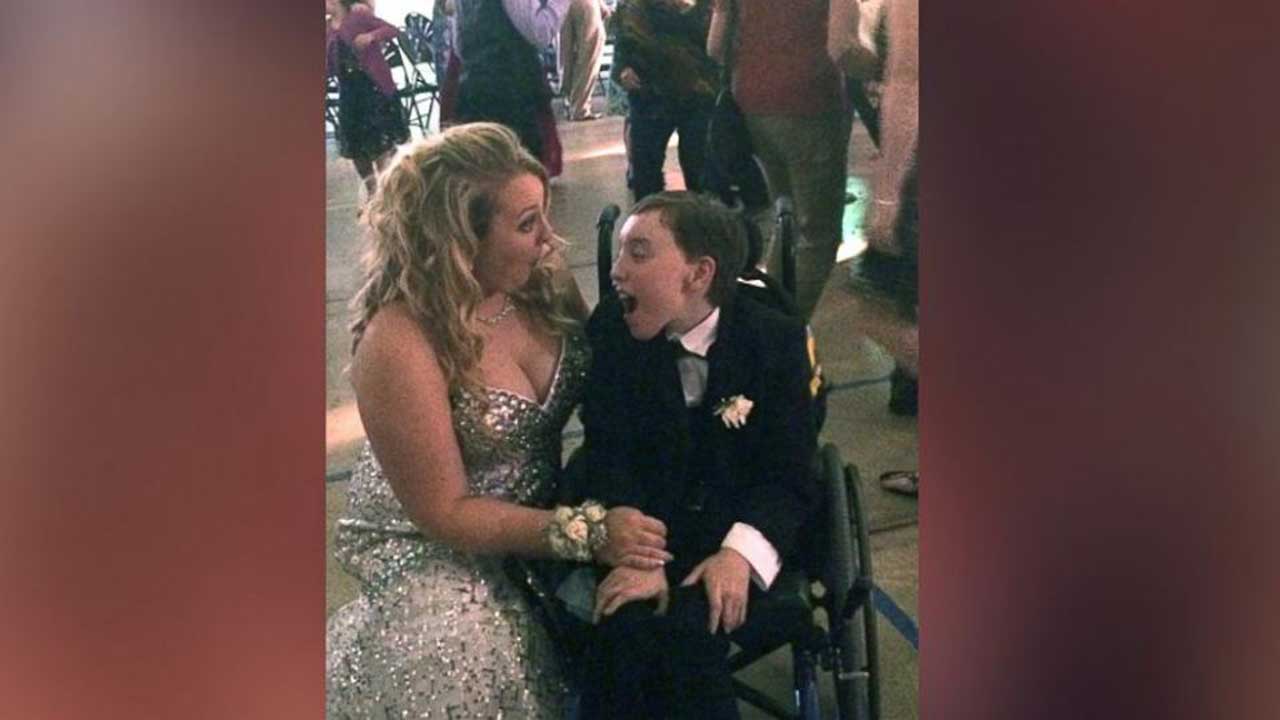 Brittney says her brother Cayden has autism, so going to dance with Andrew Shumway was a pleasure she'll relive for a lifetime.

They fight in times of adversity
EMBED More News Videos

A legally blind teenager is discovering her love of wrestling, competing in high school

Liana Mutia might be legally blind, but the high school sophomore isn't letting that stand in the way of whipping butt on the wrestling mat. Mutia expresses passion for the largely male sport, and says her vision is actually an "advantage" because it's "less scary not knowing what they look like anyway."

Sometimes in the midst of needing hope, a miracle happens that allows you to serve as hope for others. Bailey Murrill was paralyzed in an accident, and after overcoming incredible odds, was able to stand and embrace a nurse who had been caring for the teen. This video will have you literally cheering!