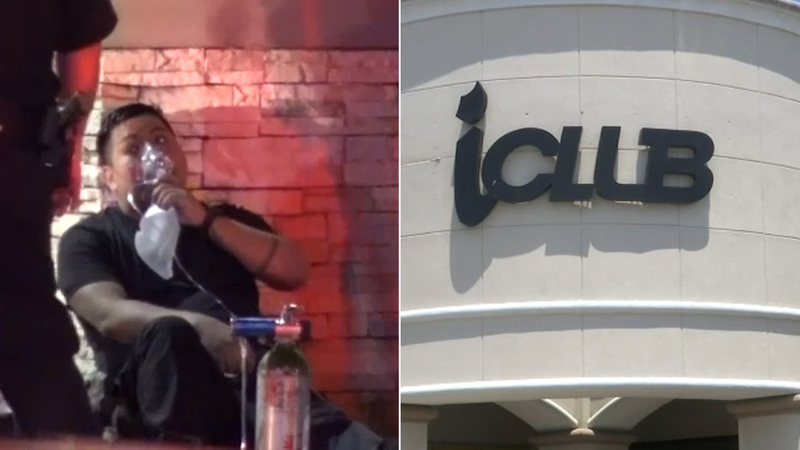 HOUSTON, Texas (KTRK) -- There are new details in the cause of a fire at a southwest Houston nightclub that happened early Saturday morning.

Houston Fire Department arson investigators classified the fire at the iClub as accidental.

However, there are still questions about how many people were actually inside the building at the 8300 block of Southwest Freeway when the fire broke out.

Property Manager Tracey Williams spoke to ABC13 on Monday morning about what happened.

"They (the club owner and employees) called me around one or two in the morning to let me know exactly what was going on," says Williams.

Williams says Friday night was busy at the iCLUB with a popular local Latin music performer taking the stage. The owner did have hundreds of patrons attending the concert inside when the fire happened.

She says that number is below the maximum number of 800 people allowed inside the iClub building, but is nowhere near the number fire officials are claiming.

However, Williams disagrees with those numbers.

HFD investigators said the fire was accidentally caused by an "unspecified electrical malfunction, possibly related to the nightclub's speaker system".

"I guess he had too many things on one wall in one place. Too many speakers, too much equipment in one area because it was an actual concert," said Tracey.

Three people were injured and sent to the hospital for smoke inhalation.

Four more people were found behind the bar trying to escape the smoke and were given oxygen.

Everyone is expected to be OK.

Williams says the only damage to club is smoke and water damage inside the building.

She says the owner hopes the club will resume business when it re-opens on Thursday night.