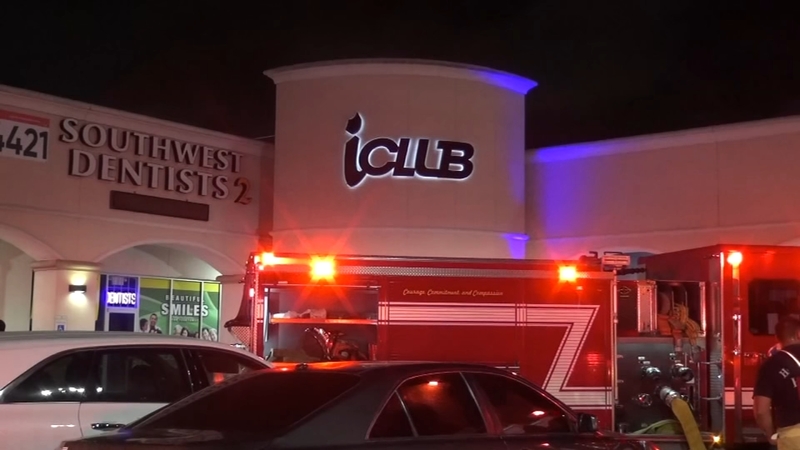 HOUSTON, Texas (KTRK) -- More than 1,000 people escaped a fire at a club in southwest Houston on Saturday morning, according to the Houston Fire Department.

Around 3 a.m., firefighters say it was a chaotic scene as they tried to make entry into iClub Nightclub.


Three people were taken to the hospital from smoke inhalation and several people were given oxygen from firefighters, authorities say.

"It took us a while to get here. There was so many people. There was probably 1,000 to 1,500 people trying to exit. Once we got here, we had heavy black smoke coming out of the front door and the rear door," said an HFD spokesperson.

Firefighters say they initially found four people behind the bar in a fetal position who they believe were trying to get away from the smoke.


HFD found fire in the back of the building and were able to control it with the help of a sprinkler system.