3 arrested after 5 kids found in crate on pick-up truck with no water or ventilation, authorities say 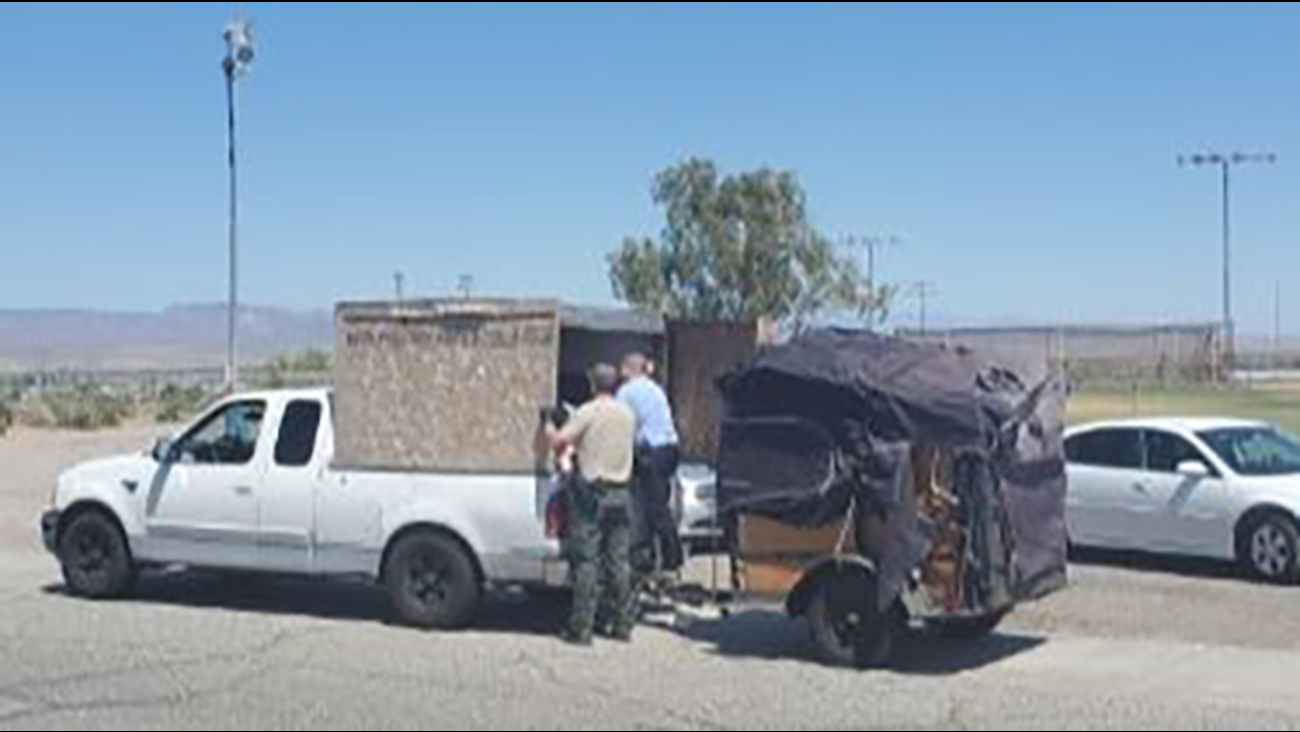 NEEDLES, California -- Three people have been arrested after five children were found in a makeshift crate on the bed of a pick-up truck in California, authorities say.

Deputies responded to a call on Tuesday around 2 p.m. reporting small children riding in the bed of a pick-up truck. The truck was found and stopped, according to the San Bernardino County Sheriff's Department.

Authorities say five small children ranging from one to 13 years old were found in a makeshift wood box affixed to the bed of the truck. The children were unrestrained in the truck bed with no ventilation, no water and no air conditioning. The temperature outside was about 100 degrees.

Illegal narcotics, drug paraphernalia and a shotgun were also found in the vehicle, according to the San Bernardino County Sheriff's Department.

Kenneth Standridge, 40, Zona Brasier, 39, and Aushajuan Hardy, 41, were arrested for child endangerment. Standridge faces additional charges for being a felon in possession of a firearm and suspicion of driving under the influence. His bail was set at $75,000, according to the San Bernardino County Sheriff's Department.

Hardy was found to be on Post Release Community Supervision and wanted on a no bail felony warrant out of Sacramento, and is being held without bail, pending a court hearing.

All three were booked into the Colorado River Station jail.