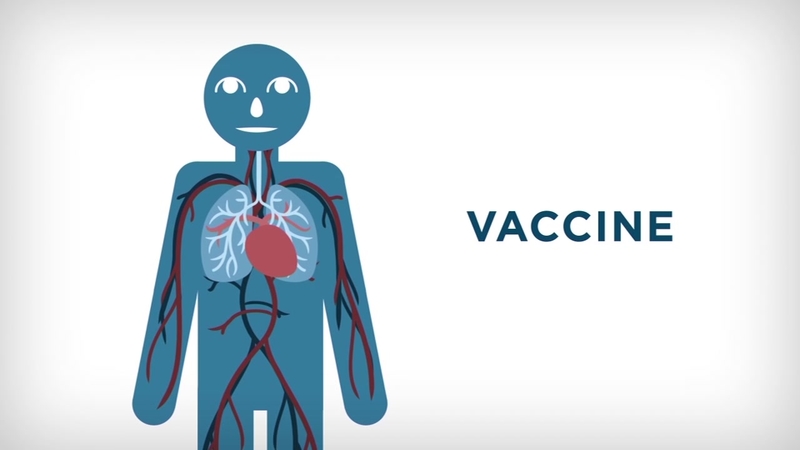 Coronavirus: Here's what goes into creating vaccine for COVID-19

While many states across the country begin to reopen, health leaders say the novel coronavirus will remain a threat until a vaccine is widely available.

And a report from the World Health Organization shows the company is not alone. As of May 5, eight vaccine candidates are in clinical trials in humans, including Moderna's, and 100 more are in preclinical evaluations.

But even with so many vaccine candidates in the works, Fauci has said at the earliest, a vaccine may take 12 to 18 months before it's widely available. While this may seem like unnecessary red tape, researchers say it's the process working properly.

"If this is something that we want to give to the whole world very, very quickly, you really want to know that you picked a winner," said Dr. Paul Thomas, a member of the Department of Immunology at St. Jude Children's Research Hospital in Memphis, Tenn.

"You're not really looking at 'does it work at all?', you're just looking at 'can we give this to people and not have any immediate bad reactions?'" Thomas said. "Do they get a little rash at the site of infection? Do they get a fever? Within certain limits, some of those things are acceptable."

In Phase II, researchers expand the test pool and test whether the vaccine generates the immune response it is intended to make.

"The majority of vaccines that we have for any infection are trying to stimulate an arm of the immune system called the antibody response," Thomas said. "Antibodies are these small little molecules that float freely in your blood, or even in the airways of your lungs. They can grab onto a virus and try to block its ability to get to your cells."

When confident that a vaccine will be safe, Thomas said researchers can combine the first and second phase, but the third phase of a trial -- the longest leg with the largest number of participants -- must be done independently.

"You're really looking at what happens to people in their everyday lives," Thomas said. "It has to be big enough that people get exposed to the virus that we see that it actually protects them."

Thomas said Phase III of a clinical trial usually involves hundreds to thousands of people--some of whom get the vaccine and some of whom do not. As the virus continues to circulate in the population and more people get infected, Thomas said researchers can see whether the vaccine confers broad immunity in the public.

"On any given day, not many people are getting the virus relative to the whole population," Thomas said. "So if you vaccinate 1,000 people on any given day, you know, one of those people actually gets exposed to the virus or two of those people. So you have to wait long enough that in your control group--your unvaccinated group--maybe you've seen 100 or 200 infections. And then you look in your vaccinated group and you say how many infections were there? And maybe it's only 10 infections, and 200 infections versus 10 infections--we can be pretty confident that the vaccine did something."

And while it is technically legal for researchers to directly infect willing trial participants with the novel coronavirus, Thomas said those studies--called Challenge Studies--are not usually done during approval trials and typically involve diseases for which researchers have a robust treatment option if something were to go wrong. Currently, there are no approved treatments for COVID-19.

However, some, including the 1 Day Sooner program, are pushing for human challenge trials and have more than 14,000 volunteers from 102 countries.

Why Trials are Necessary

Just because a vaccine passes its toxicity check in phase one doesn't necessarily mean it's safe to use. In 1966, during the trial for a vaccine for respiratory syncytial virus--a highly contagious infection that causes cold-like symptoms in many children under 2 years old--80 percent of immunized infants were hospitalized and two died after subsequent exposure to the virus. In a 2008 study published in the journal Nature Medicine, researchers looking at what went wrong found that the children's antibodies--those molecules that block the virus from entering cells in the body--were not binding properly to the virus, which triggered the childrens' immune system to launch a massive attack.

Thomas said there are three main outcomes that are possible during a clinical trial. "The good outcome is that you generate an immune response that prevents you from getting the virus. A sort of neutral outcome would be that you don't really do anything. It's not dangerous, but it doesn't help you that much. But there could be an outcome where it actually limits your ability to mount a protective response, or even encourages a sort of non-protective response in a way that facilitates the virus to infect you more."

In pre-clinical studies for a SARS1 vaccine, for example, Thomas said, the immune system actually encouraged viral replication after vaccination. A similar outcome, called antibody-dependent enhancement, has been seen in experiments with vaccine candidates for Dengue virus, and Ebola and HIV to a lesser extent.

In antibody-dependent enhancement, Thomas explained, instead of blocking the virus from getting into the cell, the antibodies actually help the virus get into cells. "That's literally the opposite of what you want it to do," Thomas said."It's exactly what the virus wants to do."

Once we have an approved vaccine, Thomas said there's no way to know just yet whether it will be a yearly shot--like the flu vaccine--or one that only requires one or two injections over a lifetime--like the yellow fever vaccine.

"The reason you get the flu shot every year is the virus changes every year, and it changes every year because of certain features of its biology that encourage it to change," Thomas said. "Coronaviruses don't have some of those features, and so they're a bit more stable."