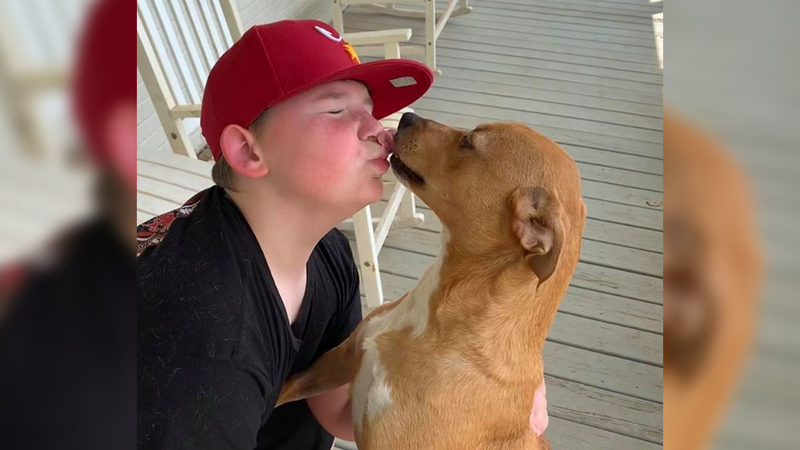 SPRING HOPE, North Carolina -- A deputy is being called a hero for his quick and timely actions that saved the life of a family's puppy.

Trey Snow, 11, wrote a message to the Nash County Sheriff's Office. In the letter, he describes an encounter with a deputy whose name he had forgotten but wanted desperately to remember.

Trey wrote that the deputy, who was off-duty at the time, stopped his white Chevrolet truck when he saw Trey running down the street in his pajamas.

The boy was trying to track down his lost puppy, Riley. He could hear the puppy barking but could not see her.

When Trey arrived at the spot where Riley's barks were coming from, he realized the worst: Riley had fallen through a rotted plank into a dark well.

Trey, his mother and his father could not reach Riley. She was too far down in the well, standing on her hind legs, jumping, clawing, and doing anything she could to keep her head above the cold water.

That's when the deputy came to the rescue. He jumped out of his truck and had Trey's dad hold his feet and lower him into the well.

The deputy was able to successfully pull Riley to safety.

The Snow family rushed Riley to the veterinary hospital where she was treated for exhaustion, head trauma and an infection.

Vets at the hospital told the Snows that Riley was a miracle puppy to have survived. The Snows agreed, but also pointed out that the deputy's presence was just as much a miracle.

Trey said he wanted to thank the organization and get the deputy's name.

Nash County Sheriff's Office replied to Trey with a gracious note that identified the deputy as B. Heath.

They say it took a little time, effort, and just a bit of olive oil.