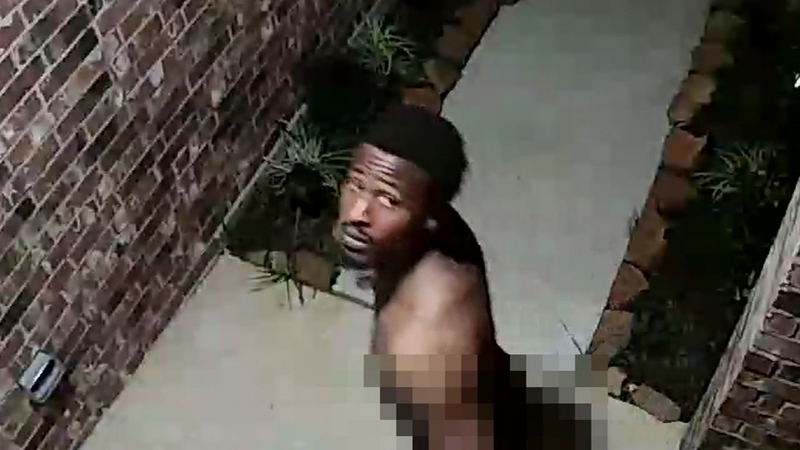 SPRING, Texas (KTRK) -- A family is on edge after they said a naked man appeared at their home in Spring.

And even more disturbing was that the homeowner said the guy allegedly told his wife to take off her shirt when he was lurking outside their bedroom.

Garrett Gradney told ABC13 that the incident happened on March 21 around 10 p.m.

"My wife and I started hearing noises right outside our bedroom door," Gradney said.

From a different room in the house, Gradney told his wife it was probably nothing, but he suddenly heard her scream.

"This guy actually stayed in the backyard as my alarms were going off and just kept ringing the doorbell," Gradney said.

Gradney said he went into protective mode and grabbed his gun.

By the time deputies arrived, the man was gone.

Meanwhile, Gradney said he and his family have been having trouble sleeping since the incident occurred and that catching the guy would be the only thing that would bring them peace of mind.

Police are trying to track down a man who spent three hours licking a doorbell at a California home.