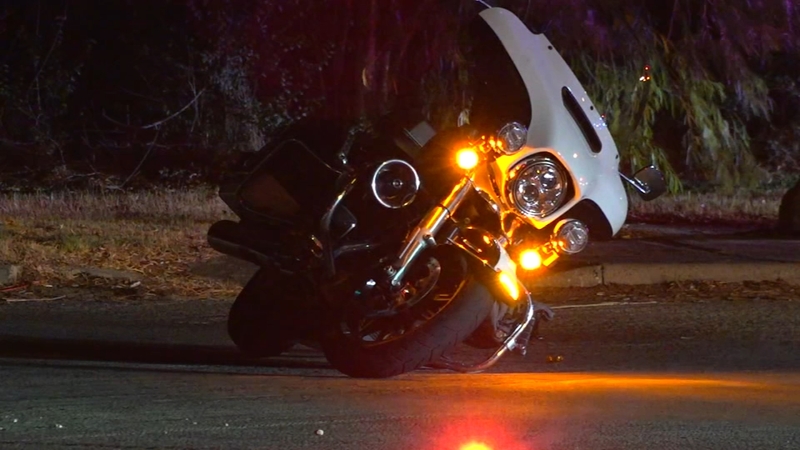 Motorcycle officer injured after being hit by pickup truck

HOUSTON, Texas (KTRK) -- An officer is recovering after he was involved in a hit-and-run crash in northeast Houston.

It happened Saturday around 9 p.m. on the Eastex Freeway Service Road at Will Clayton Parkway.

Police say a motorcycle officer was stopped at a red light when a white GMC pickup truck rear-ended him. The driver of the pickup truck then fled the scene.

The name of the driver of the pickup truck has not been released. He is expected to be charged with Failure to Render Aid and a DWI.

The officer was transported to Memorial-Hermann Hospital with non-life threatening injuries.

Police say they located a possible suspect shortly after and was taken in for questioning. They are also checking to see if he was under the influence.

"We have several witnesses that have helped us as well as evidence on the scene that helped us identify what we believe to be the suspect vehicle," said Lt. Isaac Duplechain with HPD's vehicular crimes division.

It's unclear if the driver of the pickup was arrested or charged.

Meanwhile, while police were conducting their investigation, they said a drunk driver drove around the road and into the scene.

No injuries were reported and that driver was arrested for DWI.