Search continues for Houston woman who has been missing for weeks 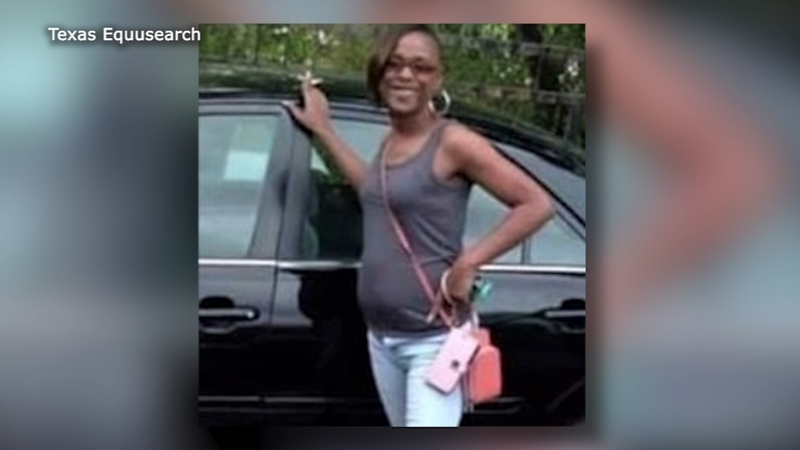 HOUSTON, Texas (KTRK) -- Volunteers and authorities continue to look for a woman who hasn't been seen in weeks, and investigators believe her disappearance was the result of foul play.

Ashley Guillory, 37, was driving a black 2004 Toyota Camry when she disappeared Sept. 4, according to Houston police.

Over the weekend, Texas EquuSearch focused its efforts on an area near Alt 90 and Fondren Road.

RELATED: Texas EquuSearch looking for Houston woman who has been missing for nearly 2 weeks 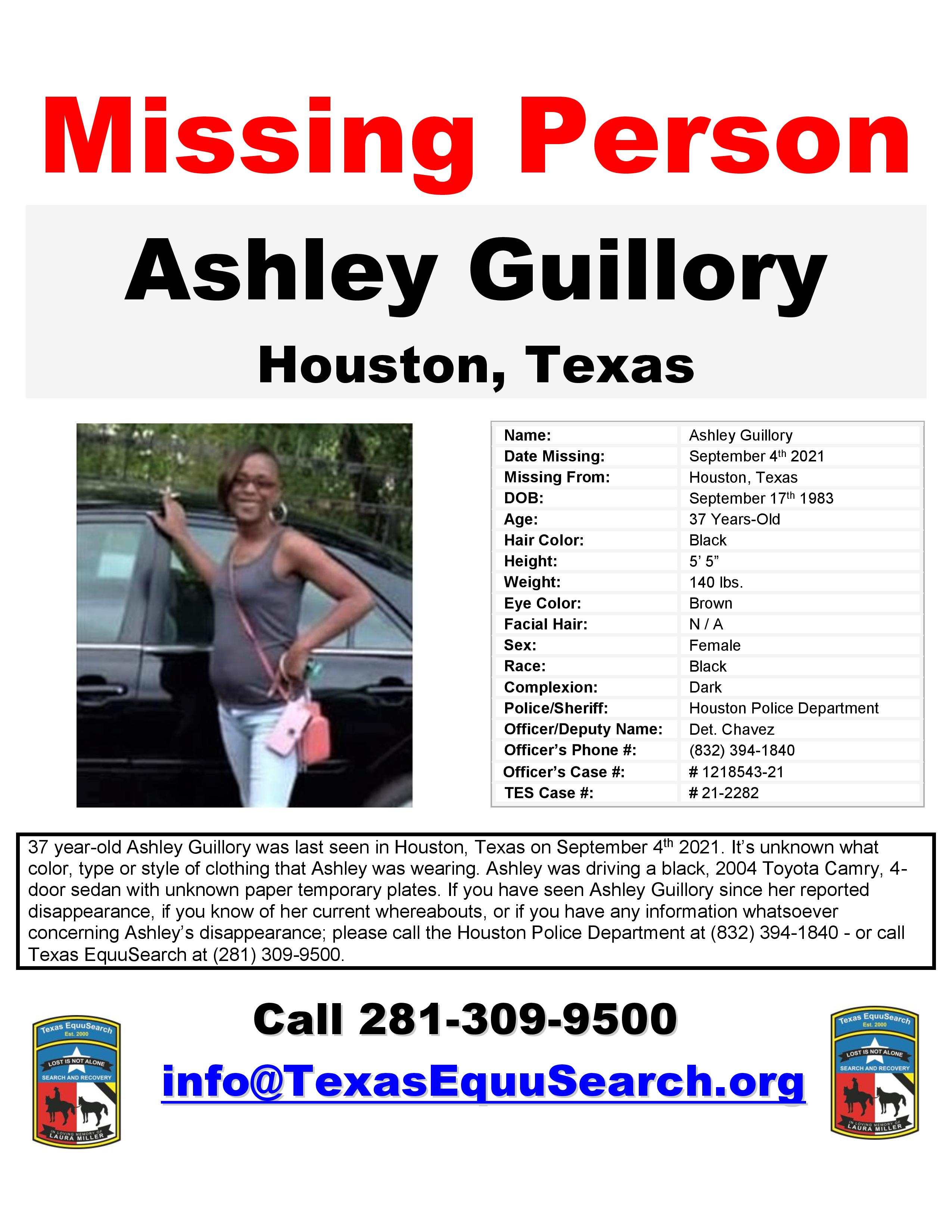 Texas EquuSearch founder and director Tim Miller told ABC13 they couldn't disclose much about their efforts over the weekend, but crews looked in an area near a southwest Houston neighborhood in a wooded area.

Saturday's efforts came a week after a search in Missouri City.

Miller said Saturday they were led to the location off Fondren Road due to what he called credible information, but didn't give details on what that information might have been.

While Saturday's search didn't turn up anything significant, Miller said his team received new information that they are pursuing but didn't elaborate.

It is unclear what type or style of clothing Ashley was wearing when she disappeared.

If you have seen Ashley since her reported disappearance, if you know of her current whereabouts, or if you have any information whatsoever concerning Ashley's disappearance, please call the Houston Police Department at (832) 394-1840 or call Texas EquuSearch at (281) 309-9500.
Report a correction or typo
Related topics:
missouri citysearchhouston police departmentmissing womanmissing person
Copyright © 2021 KTRK-TV. All Rights Reserved.
MISSING WOMAN
Husband charged with killing Maya Millete, who vanished in January
54-year-old Houston woman missing for over a week, police say
Spring mom reported missing has been located, officials say
TIMELINE: What happened to Gabby Petito?
TOP STORIES
How residents in this Harris County neighborhood became numb to crime
Big warm up ahead but another cool front in the forecast
Federal investigators at site of MD-87 plane crash in Waller Co.
White House details plan to roll out COVID vaccines for younger kids
5K run to be held in murdered woman's honor
Nikolas Cruz pleaded guilty to murder in 2018 Parkland massacre
US expected to authorize Moderna, J&J boosters as soon as today
Show More
Houston executive 1 of 21 on board jet when it crashed in field
Americans arrested for trying to board flight in Switzerland
Loved ones remember mom of 3 killed during home invasion
UT Rio Grande Valley offers free tuition and fees to certain students
Astros awaken for 7 runs in 9th to beat Boston and tie ALCS
More TOP STORIES News