Why are migrants risking their lives to cross into US? ABC13 gives you vivid first-hand look

In the Rio Grande Valley sector alone, from 2020 to 2021, unaccompanied minor crossings have jumped 230%.

HIDALGO, Texas (KTRK) -- South of the Texas border, those who see what's happening describe it as a crisis and believe something needs to be done.

"All ages ... kids, girls, everything," said Christina Hernandez. "The bus comes often, like almost every day."

Hernandez lives in the Rio Grande Valley, where migrant activity is increasing. She said buses full of migrants drive by her house several times a day.

Eyewitness News spent time on the border for a first-hand look at what residents are seeing. A small processing center houses some of those immigrants - Border Patrol agents make drop-offs all hours of the day, including in the morning, during the day and at night.

ABC13 was not allowed inside, but eventually saw a group walking out. That's where ABC13 anchor Mayra Moreno met Mari Salistisado at the border - this was her second attempt to cross.

She said she came to the United States for a better life. Salistisado crossed on a raft and said it was a difficult and risky trip. Her 4-year-old daughter, Genesis, developed a fever along the way.

Moreno said they're dealing with a drastic increase of immigrants crossing illegally.

"It is a daunting task when coyotes or smuggler organization send a group of 100 plus, 150 to 170 people at one time illegally crossing," said Moreno.

There is no sign of the activity slowing down, but there's also more people coming across our border.

"Incidents where the smuggling organizations raft these families across and they start pushing them out of the rafts to try to confuse law enforcement or have law enforcement focus on that in the rescue operation, and now they are able to focus their efforts on pushing their narcotics across or anybody is trying to get across illegally," said Lt. Chris Olivarez with the Texas Department of Public Safety.

In March, Gov. Greg Abbott launched Operation Lone Star to combat the smuggling of people and drugs into Texas. This means there will be more DPS troopers, along with the Texas National Guard, all along the Texas-Mexico border.

"The purpose of this operation was to focus on criminal activity, because Border Patrol is tied up with the processing of these migrants," said Olivarez.

Since the launch of operation, DPS has made 598 criminal arrests and made over 16,000 referrals of illegal immigrants to U.S. Customs and Border Protection.

"Since January, it's been exploded," said Valente Rosas, a Lt. Pilot with Texas DPS. "I've never seen anything like this."

Rosas has to put in more hours in the sky patrolling the border. He said at any given time, the cartels find a way to push drugs and people into America.

"To me, personally, my belief is it's going to weigh on the country eventually," said Rosas.

Eyewitness News buckled up and flew alongside Rosas and his co-pilot during one of their patrols to get a view of the river from above. The two not only monitor the area when immigrants cross, but they also keep an eye out for suspicious individuals.

Rosas said there are certain pockets of the river that are infamous for drug smuggling.

"I tried to ignore it, but sometimes it does bother me, I'm not going to lie," said Hernandez.

Hernandez said drug smuggling and illegal crossings have always happened in her area, but said she has never seen it this out of control. 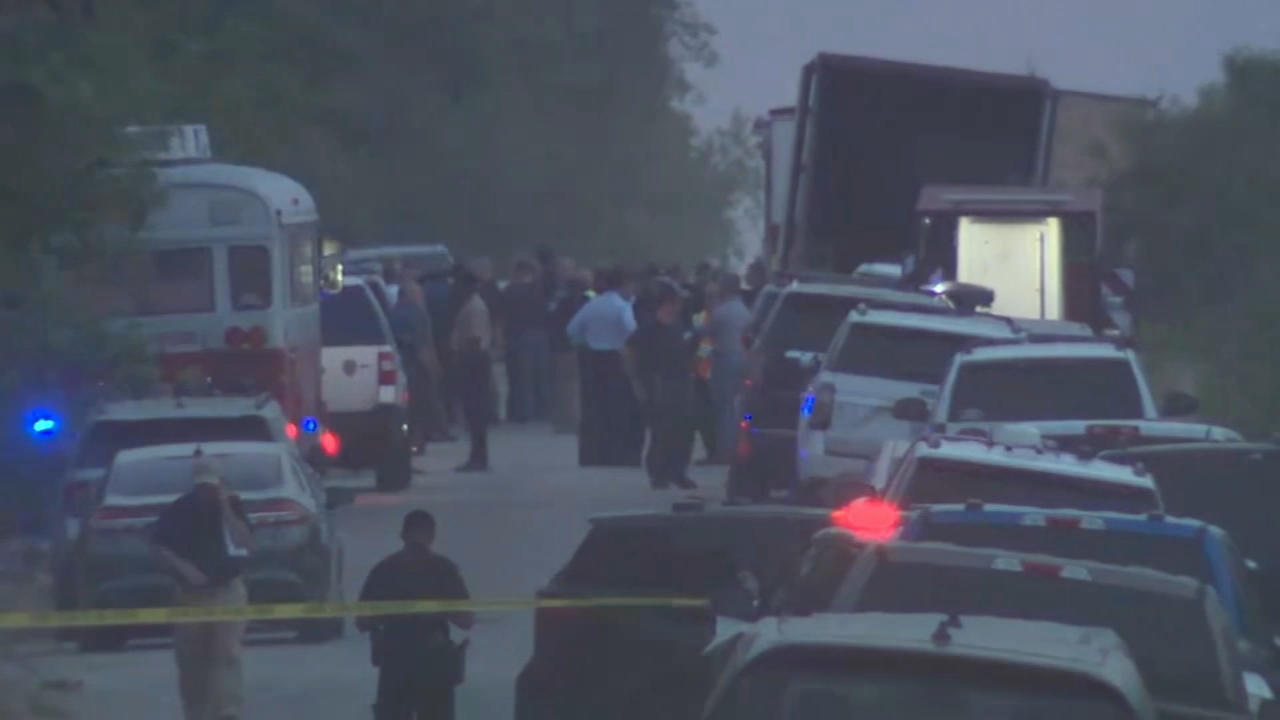