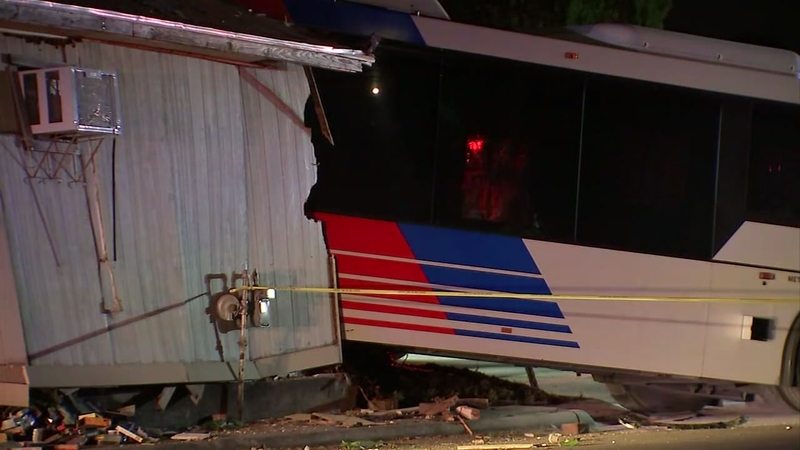 4 taken to hospital after METRO bus crashed into home

HOUSTON, Texas (KTRK) -- A METRO bus crashed into a home Sunday evening near Tierwester and Corder Street in southeast Houston.

According to officials, a vehicle ran the stop sign, which caused the driver to over-correct the turn and crash into the home around 7:30 p.m.

No one was inside the home, METRO officials said.

Homeowner Darrell Parker found out about the accident after a neighbor called.

Parker told ABC13's Deborah Wrigley that he rushed back to his home as fast as he could.

"I was waiting for a ride, and I saw the car run the stop sign and hit the bus. It crashed into the house," Williams said. "I told people to call 911 and ask for ambulances."

The bus operator and three passengers were taken to nearby hospitals with non-life threatening injuries.