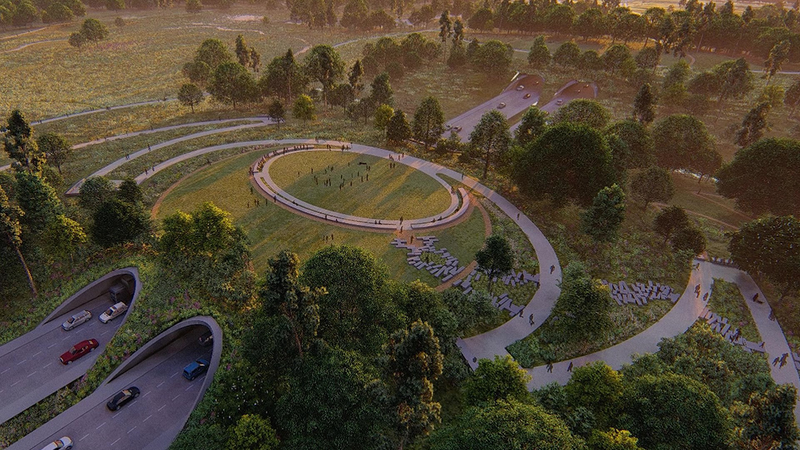 HOUSTON, Texas (KTRK) -- If you've been to Memorial Park recently, you've likely noticed there is plenty of construction taking place around the park. It's part of the Memorial Park Master Plan, which is a private-public partnership aimed at improving one of Houston's most-visited assets.

"We are executing a long-range master plan for Memorial Park that was adopted in 2015," said Shellye Arnold, the executive director of Memorial Park Conservancy. "The need for it was catalyzed by the drought of 2011."

The master plan, which will be executed over ten years through 2028, is a private-public partnership originally consisting of Memorial Park Conservancy, Houston Parks and Recreation Department, and Uptown Development Authority. While the plan was approved in 2015, major work on Memorial Park didn't begin until the Kinder Foundation provided a $70 million catalyst gift in 2018.

"We have completed two major projects of the ten-year plan," said Arnold.

Those projects are Eastern Glades, a 100-acre project that includes new trails and boardwalks, as well as a new sports complex. The next major project, the 100-acre Land Bridge and Prairie, is currently under construction along Memorial Drive and is expected to be completed by the end of 2022. The Memorial Park Land Bridge and Prairie will connect the north and south sides of Memorial Park, as well as provide new trails, a Gulf Coast prairie, and wetlands.

Work hasn't started yet on the plan's final major project, a 100-acre area known as Memorial Groves, which will serve as a tribute to Camp Logan. Camp Logan was a World War I training camp located on the current-day site of the park.

"This, like many urban parks, had been an asset in decline," said Memorial Park Conservancy's Shellye Arnold. "It was simply due to funding challenges."