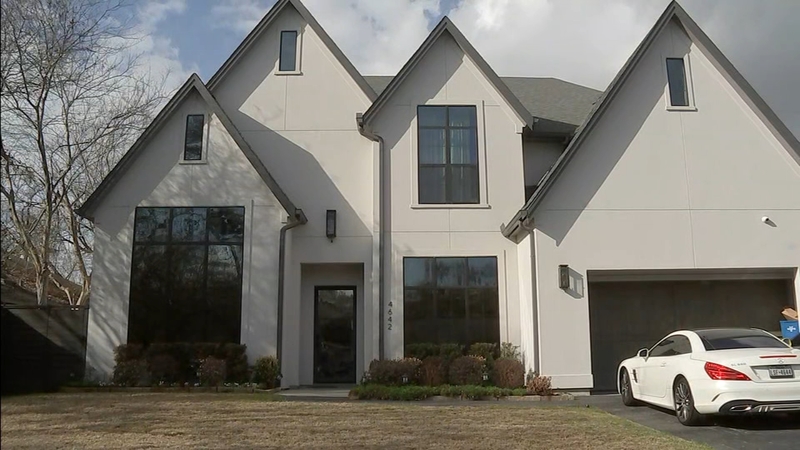 HOUSTON, Texas (KTRK) -- A man known for loud parties and splashy Instagram posts is spending the night in federal detention after prosecutors alleged he paid for it all by bilking others.

Federal investigators swarmed the front of a $2 million home in Houston's Afton Oaks neighborhood before dawn on Tuesday and arrested 56-year-old Mohamed Mokbel. The suspect was wearing the same Fendi shirt that's on his Instagram profile picture. He walked past his Bentley with his name on the vanity plate and his Mercedes next to it. The red Ferrari that's been the talk of the neighborhood was nowhere to be seen.

Eyewitness News captured the arrest of Mokbel at his home where multiple law enforcement vehicles, including a SWAT vehicle, were staged in front of his home on Devon Street near Newcastle.

On his Instagram page, Mokbel proudly posed in front of his home with his red Ferrari. He also posed inside his home, at certain points in his bathtub. There are photos of him on boats, in airplanes, and the fancy nightclubs where bottle service can run in the thousands. One thing he never did was talk to his neighbors.

"I have had multiple complaints about those people for like two years. We have called the cops on them like multiple times," said Hemphel.

Records show neighbors always called about loud noises and late night partying. But the feds don't arrest people for being a nuisance. These charges are much more serious.

According to the U.S. Attorney's office, Mokbel is the CEO of 4M Pharmaceuticals, which is the parent company of several retail pharmacies in Houston, Fort Worth and elsewhere. He and 62-year-old Fathy Elsafty, his accountant, face charges of conspiracy to commit health care fraud relating to a pharmacy fraud scheme.

In some cases, the company allegedly billed for prescriptions dispensed after a patient's death.

According to the indictment, the scheme allegedly took place from 2013 through early 2020. The defrauded payments from Medicare and other programs to 4M amounted to $134 million.

Mokbel, in particular, is accused of spending $15 million of the funds on gambling and casino expenses as well as payments for a Ferrari and a Bentley. The U.S. Attorney's office also said Mokbel spent $1.5 million on his Afton Oaks home, but a search of the Houston Association of Realtors website showed the home was sold in 2017 at a price between $1.8 million and $2.1 million.

The use of telemarketing to target people over 55 as a means to commit health care fraud carries an additional penalty of 10 years.

Elsafty was released on bond this afternoon. Prosecutors, though, are planning to hold Mokbel behind bars pending trial. His attorney opposes that move and a hearing is set for Thursday.

The video above breaks down the previous fraud cases regarding the CARES Act as well what's going on now with funding that is supposed to help small businesses struggling during the pandemic.

Medicare open enrollment opens the door to scammers who want to get your account numbers. Here's what to look out for.