"We expect all of these rules to be strictly adhered to, if this convention should go forward, there will be health inspectors and monitors that will be at the convention the entire time," said Turner.

Those rules include social distancing guidelines and information on delegates names, hotels and hometowns.

"To the extent that any of these measures are not adhered to, and adhered to in the strictest of terms, then the health inspectors will have the authority to immediately close the convention at that point," the mayor said.

All of the conventions that were scheduled to be at the convention center will be canceled until next year with the exception of the Texas GOP's in-person convention that is set for July 16.

Turner said he is pleading with convention organizers to follow proper procedures or hold the conventions virtually.

The Republican Party Chairman, James Dickey said proactive measures are being taken. "We have been proactive in implementing safety measures such as thermal scans upon entry each day for each attendee, limited entryways, expanded floor plans to accommodate social distancing, hand sanitizer stations throughout, and available masks for all attendees," said Dickey, in a statement.

Dr. David Persse joined Turner's plea for the convention not to meet in person.

"Mayor Turner must not have had the information about the measures being voluntarily implemented," said Dickey.

"In addition to nominating the individuals who will represent the party in the electoral college, a state convention of a political party is a fundamental exercise of the freedom to peaceably assemble and petition the government for redress. That need to assemble is important, and we are taking every precaution to ensure it is done safely," added Dickey.

Persse said if mutation of the virus is able to survive in the air for a while then the convention could be three times more dangerous.

He also said that even though people are not dying at a fast rate currently, people with the virus have given testimonies saying that the symptoms make them feel so miserable that they wish they would die.

"The good news for today is we are not reporting any new deaths," said Turner.

Persse said hospitals are increasing capacity and adding more beds. Some nurses are coming from New England states to Houston to help.

"There are no fire stations that are closed," reassured Pena. "If there are issues with staffing, we're going to prioritize. Every station will have a fire engine inside that station. We are working overtime to ensure we're bringing people in. Our firefighters are working extra shifts."

Pena said depending on CDC guidelines, they might have to bring in firefighters that have been exposed to the virus but are not symptomatic.

Most of the police officers that were in quarantine are back to work, according to Houston Police Department Chief Art Acevedo.

Acevedo said a municipal employee died from the virus and an HPD employee is in bad shape, dependent on a respirator in the hospital.

"We did receive word just a little while ago that one of our members is now on a respirator, so I'm not going to release the name until I talk to the family, but you can just send prayers for someone that's in pretty tough shape right now. We're worried about this employee."

Last week, Turner recommended some immediate changes for residents in the city.

Hidalgo said that ever since before Memorial Day, there's been a nonlinear increase in hospitalizations.

"What we are seeing is that wishful thinking is neither good economic policy nor good public health policy," she said.
While COVID-19 test sites in the Houston area were closed for the holiday weekend, some still welcomed patients Sunday morning. 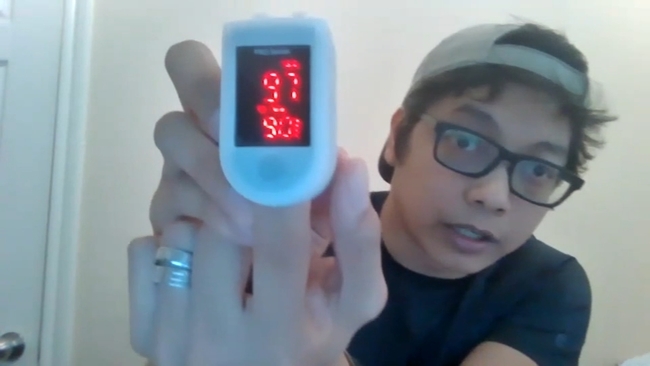