$95k per year internship not a typical one, Houston mayor says 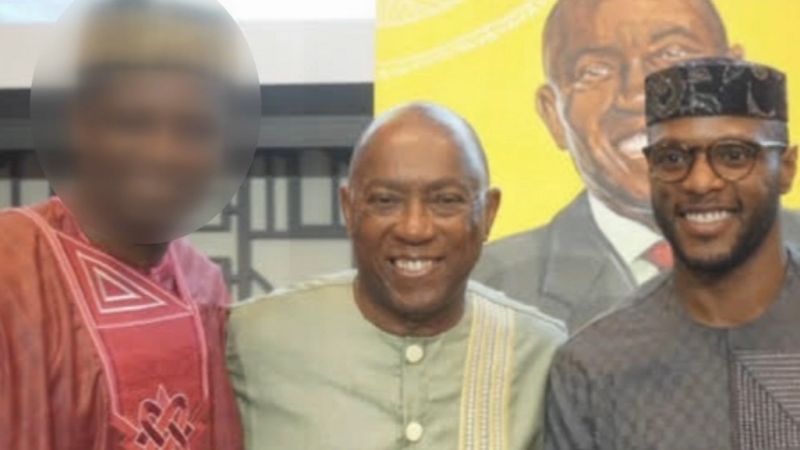 HOUSTON, Texas (KTRK) -- Houston Mayor Sylvester Turner is hitting back again over questions of an executive internship under his watch that pays an annual salary of $95,000.

In a statement released Wednesday, Turner said internships in select city departments, including the the Executive Internship Program at the Houston Municipal Airport, "should not be compared to a typical internship for high school or college students."

"The position created by Airport Director Mario Diaz is a leadership development training program to identify and train young professionals on all facets of the organization's operations and administration," the mayor said.

Turner's statement was made on the heels of his rival and mayoral candidate Tony Buzbee calling for a state investigation into the position. Buzbee said the role's creation didn't make sense amid a city hiring freeze.

"The mayor claims he can't find the money to pay for police, fire and floods, but based on three emails, he can hire an intern for 95K a year plus benefits," Buzbee said Tuesday. "He created this internship during a hiring freeze. He made this up. We are going to have to ask him why."

Buzbee's scrutiny arose when it was revealed that Marvin Agumagu received the position as an intern in the management training program of the Houston Airport System, according to Mayor Turner.

After Buzbee held a news conference to call for the investigation, the mayor stated Agumagu's salary was in line with work experience and education.

"He has three (3) advanced degrees, including a bachelor's degree, Master's Degree and a law degree. He also has experience in international relations and governmental affairs which is an asset for the City of Houston's 5-star international airports," Turner said Tuesday.

The mayor also acknowledged a past working relationship with Agumagu.

In full, here is the statement released by Mayor Turner on Wednesday:

"When I came into office, I said I wanted to build a city for the future and that meant recruiting talented millennials to work in municipal government. I believe they bring energy, innovation and a fresh perspective to help create a stronger and more efficient city government.

"The Executive Internship Program at the Houston Municipal Airport and other select city departments should not be compared to a typical internship for high school or college students. The position created by Airport Director Mario Diaz is a leadership development training program to identify and train young professionals on all facets of the organization's operations and administration.

"We will continue to recruit young people out of college and will encourage them to consider a career in public service. We cannot compete with salaries and benefits in the private sector, but we strive to offer incentives that are commensurate with a person's experience and education. The city has provided opportunities to several young professionals to work in executive level development positions and I have appointed several young professionals to serve on city boards and commissions.

"In addition to Marvin Agumagu, I am proud of the young professionals I brought with me from my office in the Texas Legislature to work at city hall. The following list is not inclusive of all young people I have helped, but they represent a diverse group of talented individuals that I mentored and helped to advance their careers in public service.

"It is time to move past the misinformation and distractions and start focusing on daily city business and issues that need our attention. I hope young professionals are not discouraged from working in the public sector."

The mayor added that Houston needs the best and brightest minds to lead us into the future.