Family: Shooter came to Texas because of looser gun laws 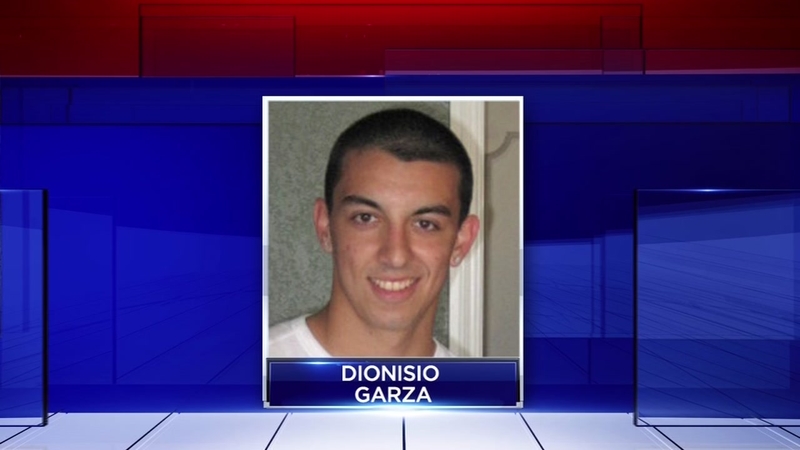 HOUSTON (KTRK) -- The Dionisio Garza accused of going on a shooting rampage and firing off 212 rounds this past Sunday is not the cousin Ahmad Alkuteifani knew as a teenager, growing up in California.

The first cousins were visiting with family in California. They were both around 18 at the time, and acted like any other teenagers, full of dreams.

"'Yea, I'm going to be a body builder,' and he was yea, 'I'm going into the Army.' Then we went to Wal-Mart to grab some things," Alkuteifani said.

That was about it. The families kept in touch over the years, but with Garza living in California, and Alkuteifani in Houston, most of the communication was via email, Facebook, and phone calls. Then, just hours after the tragic shooting on Sunday, Alkuteifani's phone began ringing. Soon, he would learn that Garzia is suspected of going on a shooting rampage in Houston's Memorial neighborhood.

He didn't even know Garza was in town.

"He lost it, and I think people should watch out before they judge him and judge his family and stuff like that, because it's unfair to them and unfair to a lot of people," Alkuteifani said.

Alkuteifani says the family saw changes in Garza when he returned from his two tours of duty in Afghanistan. He remembers his cousin posting anti-Islamic comments on his Facebook page, even though half his family, including Alkuteifani, is practicing Muslims. Family members said Garza talked about moving to Texas, in part, because of looser gun laws.

"I've heard (my mom say) he came to Houston because he can bear arms in Houston, I mean Texas'; you can protect your country over here more than anywhere else," Alkuteifani said.

Alkuteifani says he had no idea Garza was even in Houston until the shooting made the news. Looking back, he wishes, he would have reached out to his cousin after his tours of duty in Afghanistan.

The family is now planning a memorial service, most likely in California.