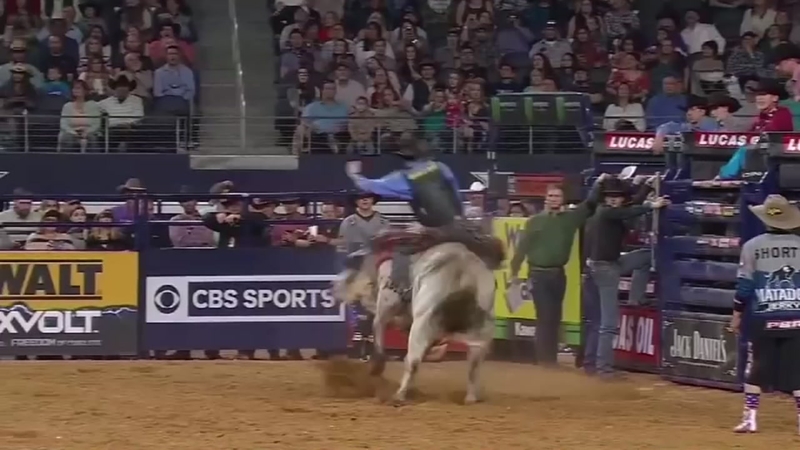 HOUSTON, Texas (KTRK) -- The bull riding community is continuing to mourn the loss of an up-and-coming rider, 25-year-old Mason Lowe, who was killed in during competition in Colorado.

In just a few weeks, NRG Stadium will host the Houston Livestock Show and Rodeo, and while Lowe wasn't planning on coming here, local bull riders are remembering him.

Lowe was bucking his way through bull riding, ranked 18th in the world, until his career ended tragically.

A bull stomped on Lowe, killing him at a competition in Denver on Tuesday night.

"Beyond words, my heart, my prayers go out to his wife and his family," said Rebecca Innerarity, whose son, Zachary, was injured in a bull riding incident in 2005.

Lowe's death is a painful reminder of the level of danger in the sport.

Innerarity could never watch when her son was riding.

"I just couldn't," she explained. "There was something in me that I could not do it. I know that he loved to do it and I wasn't going to stand in his way, but he knew Mama could not watch it."

Rebecca says her son still suffers from the incident and has bouts of short-term memory loss.

The good news is that Zachary is doing much better, holding a full-time job.

Bull rider dies after being stomped in Denver competition