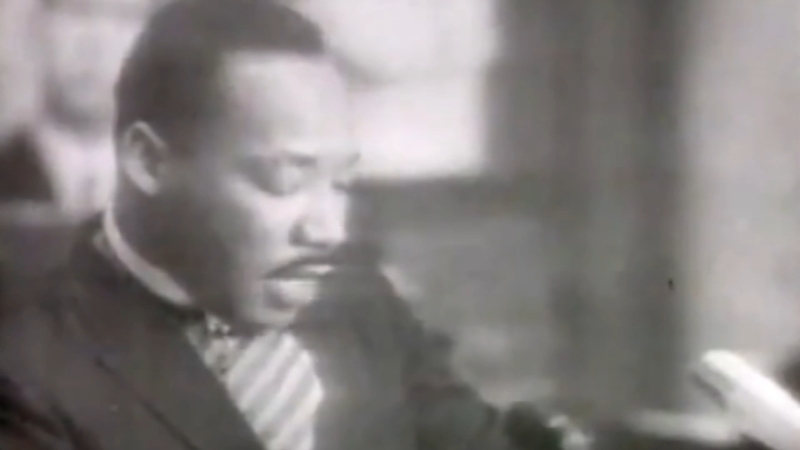 On what would've been the week of Dr. Martin Luther King Jr.'s 93rd birthday, the organizer of Black Lives Matter Houston said while a lot of progress has been made in the fight for equity, there is still a lot more work to be done.

"I think about the voting rights bill that is sitting in Congress. I remember Dr. King said not long before he was assassinated, and I'm paraphrasing here, how he was concerned about the small minority of people who are afraid of getting rid of the filibuster," said Woods. "Just like today and back then, it's still the same. Nothing has changed. Here we are talking about the same thing, the same stuff that my grandmother went through."

Shelly Baker, who founded Say Her Name TX said voting rights is at the top of her mind as well. Her organization was created after the death of Breonna Taylor in 2020 to advocate for racial justice and police reform. Similar to Black Lives Matter Houston, both organizations are mostly known for their work towards advancing racial equity and police reform. Woods said in order to address social justice, they must take a wider lens and look at systemic barriers that exist within education, healthcare, jobs, housing, and more.

"We can't just focus on one thing because if you fix multiple things at the same time, you're improving the quality of life for people," Woods said. "Dr. King also called for a higher minimum wage. So I'm looking at the civil rights leaders that came before us and finding that we're still demanding the same thing. Why is the cost of living still so high, but pay has not gone up?"

Woods overcame a number of adversities throughout his lifetime. He grew up with a learning disability, came out as gay in high school, ended up homeless as a teen, lost friends to suicide, moved to Houston after being displaced from Hurricane Katrina, and is now living with HIV.

He claimed he also had interactions with police officers where he was profiled and treated unfairly because of his race. Now he's turned that pain into purpose, taking inspiration from Dr. King to help others in their own struggles. He said he is currently helping a young student who has been sexually harassed and bullied.

"Dr. King always showed up and when he couldn't show up, he still showed up in his own little way," said Woods. "I never want a child to have to go and bathe in the bathroom and rely on school lunches, because their parents didn't see the humanity in them from identifying as LGBT."

Baker and Woods admit civil rights and social justice activism is hard work and can be draining. But Dr. King's legacy reminds them why the fight is worth it.

"Dr. King inspires me because he didn't give up. He didn't give up, even when it was hard, he found strength in his faith and beliefs and he held true to that," said Baker.

"Find your peace, your therapy, and the things that you need to do to get you through what you're going to see here as an activist, because your health matters too. We're not robots. We can't just show up everywhere. There are more than one activist in the city and we all support each other," said Woods.

On days that get tough for Baker, she remembers how Dr. King leaned on his faith to get him through the hard times.

"Sometimes I feel like giving up, I'm reminded that this journey and this light is not something I can give up on, because I really love my community and I really believe in them. So I have to believe in myself," said Baker.

She faced her own adversities, growing up as a child of adoption, but went on to complete a Master's degree in social work. She recognizes the opportunities she was given to succeed and hopes to share those resources with others who may be struggling, just like Dr. King.

"He was afforded a great education. His family didn't struggle financially. He still didn't ignore the fact that those things were things he needed to use to better himself, but to serve his community as well," said Baker.

As Baker looks towards the future, she said she hopes to see more acceptance, collaboration, and guidance between the older and younger generation of community activists.

Woods said his organization's focus will be on the election and education over the next year.