Manvel police shoot suspect who tried to run over them as they helped injured officer, officials say 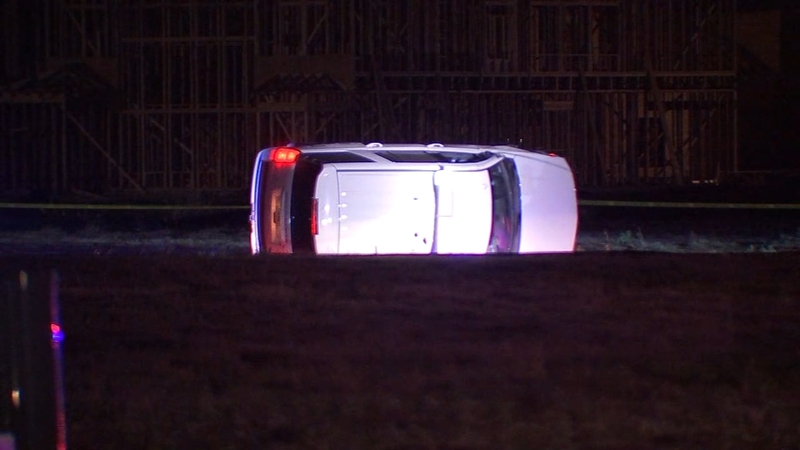 Manvel police shoot suspect who tried to run them over, officials say

MANVEL, Texas (KTRK) -- A police officer is in the hospital after crashing while trying to chase a suspect Monday night in Manvel. It all started as a traffic stop.

According to the Manvel Police Department, at about 8:15 p.m., officers received several calls about a reckless driver in the Rodeo Palms subdivision.

Authorities say officers tried to pull over the driver, but during the chase, one officer hit a curb, lost control and flipped his patrol unit on its side.

Officials say that as a back-up officer was helping the officer who crashed, the suspect tried to run over them.

That's when one officer shot at the suspect, hitting the windshield and causing the suspect's vehicle to veer off the road into a vacant field.

The suspect, identified as Desmond Andre Rodgers, suffered a graze wound. The officer who fired was not injured.

Both the officer who crashed and Rodgers were taken to a hospital in Pearland with non-life-threatening injuries.

Rodgers was taken into custody and charged with felony evading. He's also being investigated for suspicion of impaired driving.

More charges are expected to be filed.

The officers involved have been placed on administrative leave per department procedures until the investigation is complete.