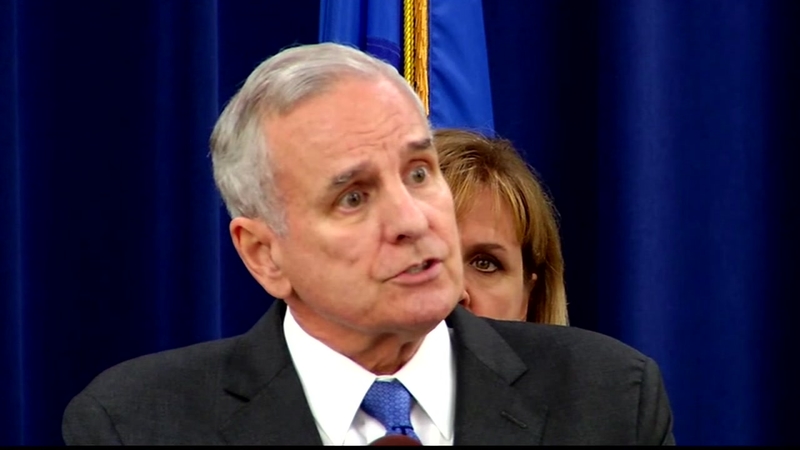 FALCON HEIGHTS, MN -- A woman who watched as a police officer fatally shot her boyfriend during a traffic stop streamed the gruesome aftermath of the slaying live on Facebook, telling a worldwide audience that her companion had been shot "for no apparent reason" while reaching for his wallet.

Within hours, the Minnesota governor was pressing for the Justice Department to open its second investigation of the week into the death of a black man at the hands of police.

The latest shooting happened late Wednesday in the St. Paul suburb of Falcon Heights, a community of 5,000 people that is also home to Minnesota's annual state fair and part of the massive University of Minnesota campus.

In the video, Diamond Reynolds describes being pulled over for a "busted tail light" and says her boyfriend had told the officer he was carrying a gun for which he was licensed.

As word of the shooting spread, relatives of the man joined scores of people who gathered at the scene and outside the hospital where he died. They identified him as Philando Castile of St. Paul, a well-liked 32-year-old cafeteria supervisor at a Montessori school.

Reynolds said Thursday that he was killed even though he complied with the officer's instructions. She told reporters that Castile did "nothing but what the police officer asked of us, which was to put your hands in the air and get your license and registration."

The governor stressed that not all facts are known but nonetheless called it a senseless death that was apparently fueled in some part by racism.

"Nobody should be shot and killed in Minnesota for a tail light being out of function," he said. "Would this have happened if those passengers would have been white? I don't think it would have."

Dayton said the Minnesota Bureau of Criminal Apprehension had opened an investigation. The Justice Department said it planned to monitor the state probe and would provide assistance if needed. 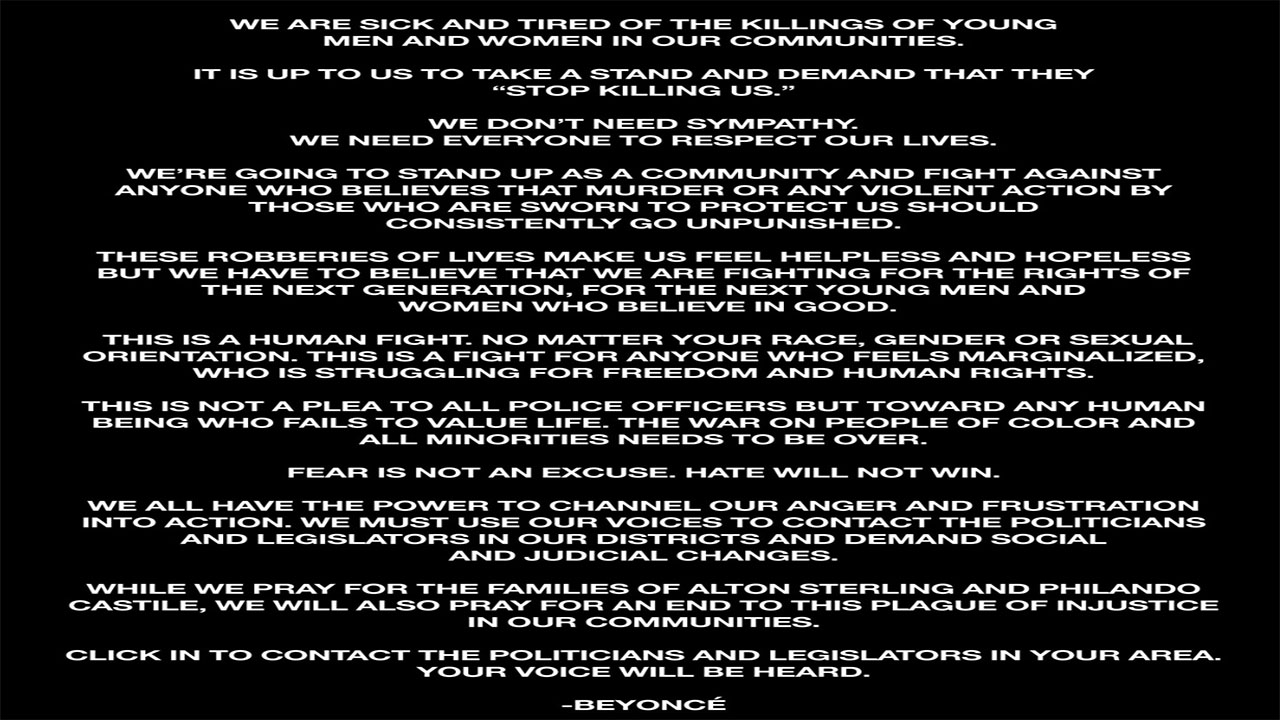 Speaking to CNN, Castile's mother said that she suspected she would never learn the whole truth about her son's death.

"I think he was just black in the wrong place," Valerie Castile said Thursday, adding that she had underlined to her children that they must do what authorities tell them to do to survive.

"I know my son ... we know black people have been killed ... I always told them, whatever you do when you get stopped by police, comply, comply, comply."

Police did not release any details about the officer who fired except to say he had been placed on paid administrative leave. Reynolds described him as Asian.

It was the second fatal police shooting this week, coming only days after a black 37-year-old man was killed by officers in Baton Rouge, Louisiana. Alton Sterling's death was caught on video.

On Wednesday, the Justice Department launched a civil rights investigation into Sterling's shooting, which took place after he scuffled with two white police officers outside a convenience store.

Castile's cousin, Antonio Johnson, told the Star Tribune that because Castile was a black man driving in a largely middle-class suburb, he "was immediately criminally profiled and he lost his life over it."

Relatives were outraged that Castile was not tended to after he was shot. Reynolds said it took about 15 minutes for paramedics to arrive.

William Moulder, a police consultant and longtime former police chief in Des Moines, Iowa, said all officers carry first-aid supplies in their cars and are instructed to start rendering aid as soon as it's clear there's no threat.

The Facebook footage shows Castile lying motionless in the car for several minutes, his shirt covered in blood, while Reynolds speaks calmly to the camera.

Late Wednesday, protesters moved to the governor's mansion in nearby St. Paul, where around 200 people chanted and demanded action from Dayton, a Democrat. About 50 protesters stayed through the night.

The video posted Wednesday night on Facebook Live shows the woman in a car next to a bloodied man slumped in a seat. A clearly distraught person who appears to be a police officer stands at the car's window, telling the woman to keep her hands where they are and intermittently swearing.

Because of its small size, Falcon Heights is served primarily by the nearby St. Anthony Police Department. Interim Police Chief Jon Mangseth said he was aware of the Facebook video but did not comment on it.

The state Bureau of Criminal Apprehension did not return multiple requests for comment Thursday from The Associated Press.

Facebook Live is a form of internet broadcasting that can be initiated in seconds from the Facebook app. In a few taps, users can send live video straight from their smartphones to friends or to a wider audience.

On the video, the officer tells her to keep her hands up and says: "I told him not to reach for it. I told him to get his hand out."

"You shot four bullets into him, sir. He was just getting his license and registration, sir," the woman responds.

The video goes on to show the woman exiting the car and being handcuffed. A young girl can be seen and is heard saying at one point, "I'm scared, Mommy."

The woman describes being put in the back seat of the police car and says, "The police just shot my boyfriend for no apparent reason."

It was unclear whether other footage exists. Kim Brazil, the St. Anthony Police Department's office manager, confirmed that their squad cars are equipped with dashboard cameras but said officers do not have body cameras.

A handgun was recovered from the scene, police said.

Castile had worked for the St. Paul school district since he was 19. A principal described him as "a warm person and a gentle spirit" who loved his job and never missed work.

"He stood out because he was happy, friendly and related to people well," she said.

After learning of his death, she went to the governor's mansion, in the same neighborhood as the school, to take part in a vigil.

"I want his name respected," she said.